After helping Arsenal to a second-place finish in the Premier League, playmaker Mesut Ozil has been taking some time out in the Middle-East before the beginning of EURO 2016. While in Dubai, the German schemer got up close and personal with a young tiger, leaving the Gunners’ star looking (understandably) uneasy. 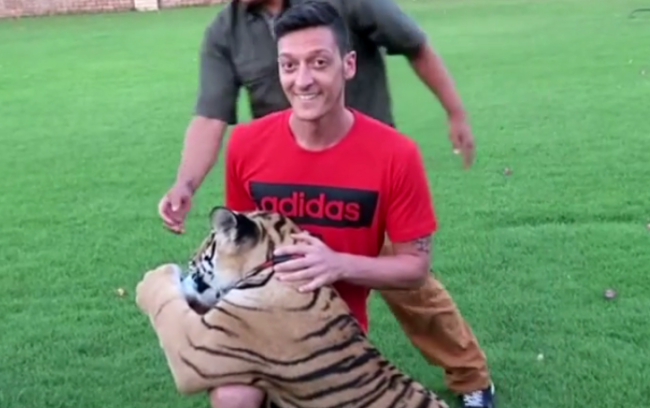 As he bottle fed the tiger for the cameras, poor old Ozil then found himself on the end of a paw in the groin from the frisky cat who, despite being young, was still bloody big! Although, thankfully, no damage seemed to be done…

If that had been Jack Wilshere, he’d have been out for 12 months.