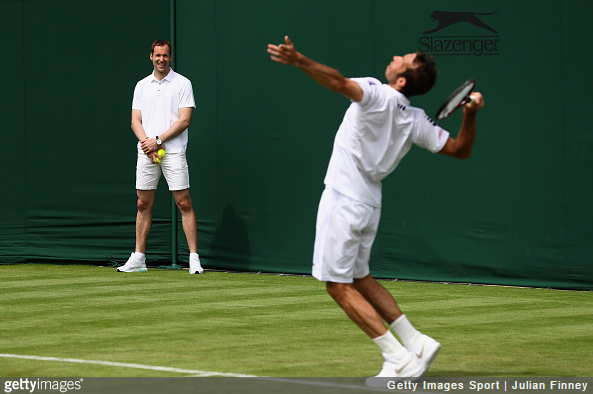 A week or so ago he was busy betwixt the sticks at Euro 2016 but, following the Czech Republic’s group stage elimination, Petr Cech has been passing the time by moonlighting as a ball-boy at Wimbledon.

Cech agreed to toddle down to the practice courts at SW19 to help his good bud and compatriot Radek Stepanek get his eye in before the tournament, which begins this week.

Looking delightfully dorky in his all-white uniform, the Arsenal ‘keeper mucked in, returning wayward balls as his Czech mate limbered up…