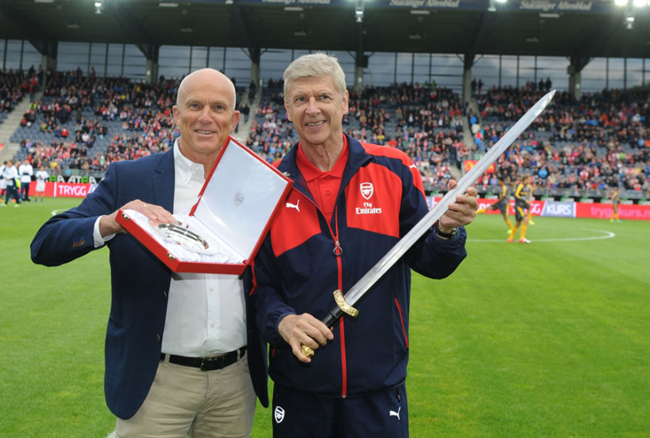 Arsenal ran amok in their penultimate friendly of their pre-season schedule, pulverising Norwegian side Viking with a second-half deluge.

Ahead by a solitary goal at half-time, Arsenal made a raft of second-half changes and eventually ran out 8-0 winners as Joel Campbell and Alex Iwobi helped themselves to a brace apiece.

However, the pre-match ceremonial guff raised more quizzical eyebrows than the scoreline, after Viking saw fit to present boss Arsene Wenger with his very own Viking sword to take home and pillage Northeasterly coastal villages with.

Shame all Arsenal brought to swap was a posh plate. Hardly seems like a fair exchange, now does it?