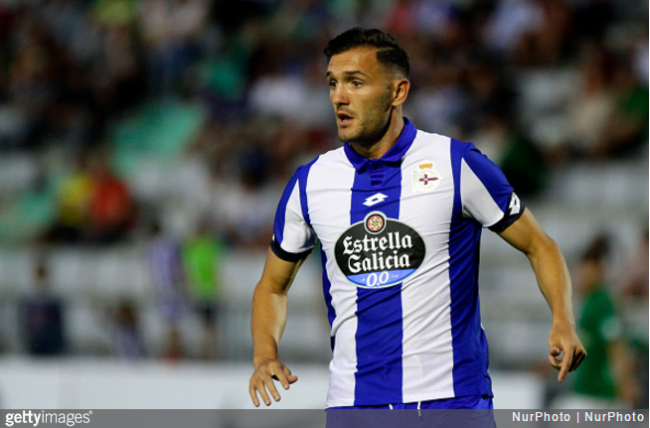 That man there is Lucas Perez, who is apparently all but set to become the second part of Arsenal’s £50million Double Swoop™ once Shkrodan Mustafi hurries up and completes his £35million transfer from Valencia.

Perez currently plies his trade up front for Deportivo la Coruna, for whom he scored 19 goals in all competitions last season, though he is now said to be within days of making a £17million jump to north London.

While conducting a Twitter-based Q&A session on the matter, Spanish football authority Guillem Ballague let slip a fascinating little tit-bit about Perez – or, moreover, his father – who, it would seem, already has strong links to the capital.

GB: His father has got an octopus stand in Camden market, so more reasons for him to come to London! #AskGuillem

So now you know and knowing his half the battle, kids.

According to the social media sleuths of the world, this is the very Galician octopus stand in question…