Summer signings Granit Xhaka and Rob Holding seems to be settling in just fine at Arsenal, but to help them fit in on the mean streets of London, team-mate Alex Iwobi has been teaching the two players some metropolitan street slang. 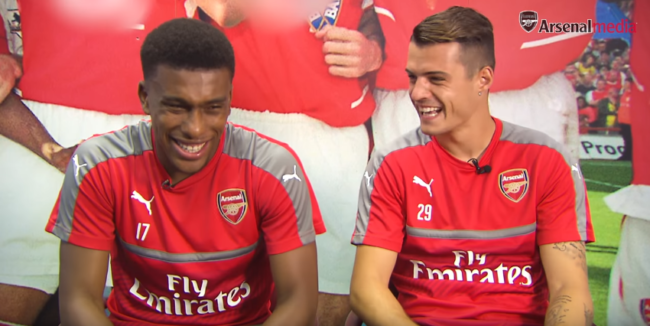 Nigerian international Iwobi, the nephew of none other than Jay-Jay Okocha, has grown up in London and does a rather good job teaching his mates some new phrases.

We’re not sure who does better, Holding, from Greater Manchester or Basel-born Swiss international Xhaka…

The video is popping?!

Iwobi comes across as a very assured, funny young man. However, Arsenal fans will no doubt be hoping that, unlike Alex Oxlade-Chamberlain, Iwobi will produce his best performances on the pitch rather than reserving them for Arsenal’s myriad PR stunts.