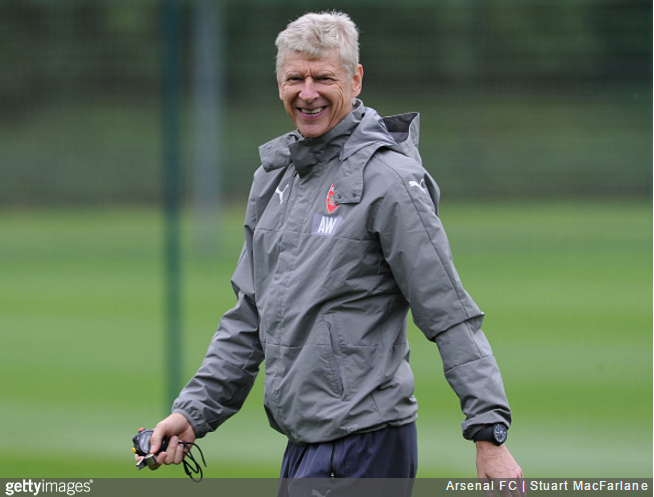 Ever the coquettish flirt, Arsene Wenger has hinted that he may possibly perhaps be open to the idea of one day taking the England job at some undetermined point in the future.

With his Arsenal contract due to expire next summer and a renewal of terms still far from concrete, the FA are reportedly keen to sit down with Wenger and convince him to ditch the Gunners and try something new after recently finding themselves with a vacancy to fill.

At a news conference during which the 20-year anniversary of his arrival at Arsenal was marked, Wenger was asked whether he harbours any interest in managing on the international stage.

The England job? My priority is to do well here [at Arsenal].

This has always been my club. But one day if I am free, why not?

But at the moment I am focused on my job.

Wenger was also pressed about his current contract situation at the Emirates, to which the 66-year responded that he’s in absolutely no rush to make any decisions at the moment.

I will make a decision at the end of the season. What influences me the most is the fact that I feel I do well and I can move this team forward.

I don’t know if there will be a 25th anniversary. I do not rule anything out though.

It is a love story. You want it to keep going and last forever.

Anyone else titillated by the thought of Wenger as England manager?

If a little bit of good ol’ fashioned gravitas is what’s needed in this darkest of hours, then we can think of no finer exponent.