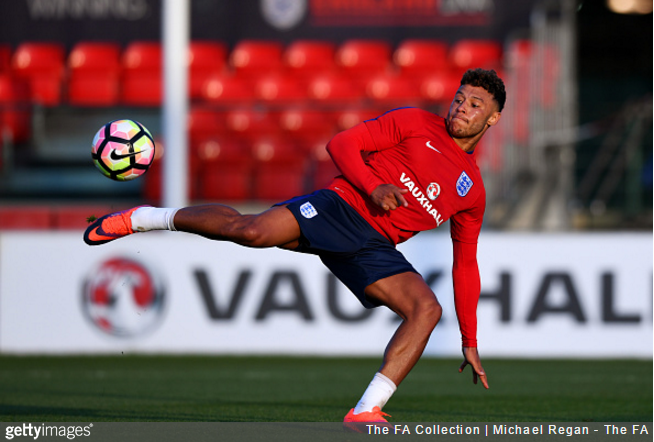 Alex-Oxlade Chamberlain has admitted that being dropped from the England squad has provided him with a much needed “kick up the backside”.

The Arsenal midfielder was last included in an England squad for the Euro 2016 qualifier against Lithuania back in October of 2015, and therefore went on to miss out on the actual tournament the following summer (largely due to injury) as well as Sam Allardyce’s one and only game in charge.

However, he’s since been reinstated by interim manager Gareth Southgate for the upcoming World Cup qualifiers against Malta and Slovenia and has revealed that he doesn’t intend on letting his international standing wane so badly again.

It was a wake-up call, a kick up the backside. To be available, feeling good and fit and not be in (the squad) was a jolt.

I have been playing for England since I was 18 and while I wouldn’t say I took it all for granted it just seemed to be a part of my season – to play for Arsenal and to play for England.

I am not young now, I am 23, so you need to be performing and playing as much as you can to deserve a chance to go and play for England.

Being back in the set-up now makes me realise how special it is and it is something I want to keep happening in the foreseeable future.

There are a lot of young players now that are doing really well and it’s not an easy squad to get into.

You shouldn’t just be able to walk into an England squad.

While he’d never say it, reading between the lines it’s obvious that Oxlade-Chamberlain is attempting to covertly thank Pies for featuring him in our motivational ‘10 Players In Need Of A Big Season‘ list.