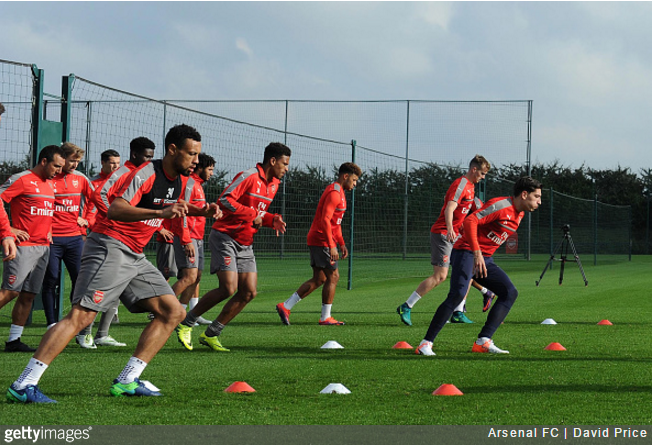 Ever the pioneers, Arsenal have become the first Premier League club to install a brand new “injury-reducing” pitch at their training complex.

Besieged by relentless twangs and tweaks, the Gunners have enlisted French company Natural Grass to fit one of their space age ‘Air Fibr’ pitches at London Colney.

According to Natural Grass themselves, Air Fibr has the potential to “reduce the risk of injuries” by anything up to 40%.

This coming via The Sun:

Arsenal became the first club to use the technology in the Premier League, but have been quickly followed by West Ham. Real Madrid and Lyon are also now client of Natural Grass, while the turf was used in many stadiums at Euro 2016.

Originally used in goalmouths to help keep the surface even, the pitches consist of natural grass anchored into an artificial turf made of sand, granulated cork and a top secret futuristic compound made up of “synthetic microfibers”.

Arsenal actually had their fancy schmancy pitch installed back in April in a desperate attempt to stem the endless procession of tweaks and twangs by which they are continually besieged.

On behalf of Aaron Ramsey’s hamstrings, thank you.