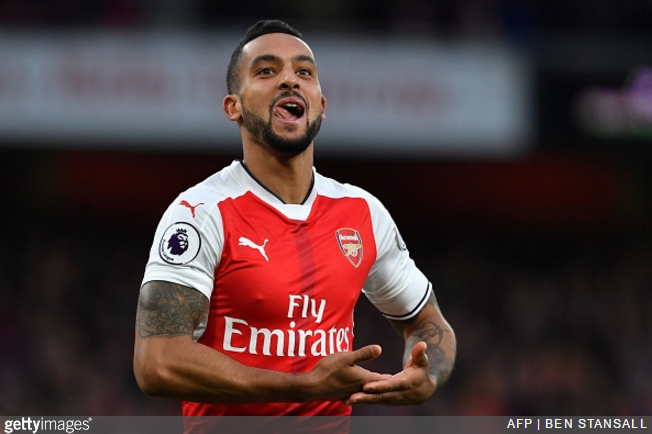 Blimey, it really has been a good week for Theo Walcott.

As well as becoming a father for the second time and coming within an inch of earning himself a new coffee machine, the Arsenal forward has capped things off by snaring himself a Guinness World Record.

With a crane parked up at London Colney, several Arsenal players had a stab at controlling a ball being chucked at them from up in the ether.

While Laurent Koscielny, Nacho Monreal and Francis Coquelin both petered out at 25 metres, Walcott went and pulled that sucker down from a height of 34 metres – thus eclipsing the previous world record of 32 metres set by professional freestyle footballer John Farnsworth.

As per competition rules, challengers are required to take a first touch and then juggle the ball a further five times to prove they have it fully under control.

Walcott managed to succeed, and with a little extra panache thrown in for good measure.