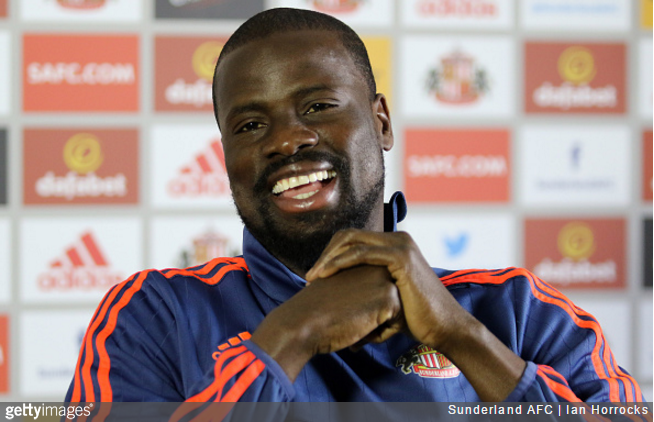 Emmanuel Eboue has revealed that, back during his Arsenal days, he once asked The Queen if she would be okay with him quitting his day job to become a full-time carer for her corgi dogs.

The Gunners embarked on a VIP trip to Buckingham Palace in 2007, with Her Majesty turning out to personally welcome Arsene Wenger and his team to her humble abode.

Speaking exclusively to the Telegraph, Eboue recounted his brush with royalty – including the preemptive warning given to him by a nervous Thierry Henry beforehand:

We went there and Thierry said to me: ‘Please, Emmanuel, this is Buckingham Palace, it’s the Queen’s house, don’t do anything.’

‘No problem,’ I said. ‘Don’t worry’. So the Queen came in and went along shaking each player’s hand.

When it comes to Eboue, we’d expect nothing less. The man is a gosh-darned hero, after all.

However, it would appear that the Ivory Coast defender isn’t feeling quite so effervescent at the moment after FIFA banned him from all football-related activity for a year for failing to pay one of his former agents.

He was forced to leave Sunderland (having spent just 22 days at the club) when the suspension came into force in March and, nine months on down the line, the 33-year-old admits that he’s been struggling with mental health issues.

There are a lot of days when I don’t feel like getting out of bed. One day I wanted to kill myself.

My family keep me strong, it’s them that I have to think about but if I was alone, I worry about what I’d have done to myself by now.

Apologies for the stark mood-change there, but that’s literally the manner in which the anecdotes are presented in the full Telegraph interview.

Poor Eboue. All he wants to do is play football and/or groom royal dogs.

Here’s hoping we see him and his little beaming face back out on the pitch sooner rather than later.