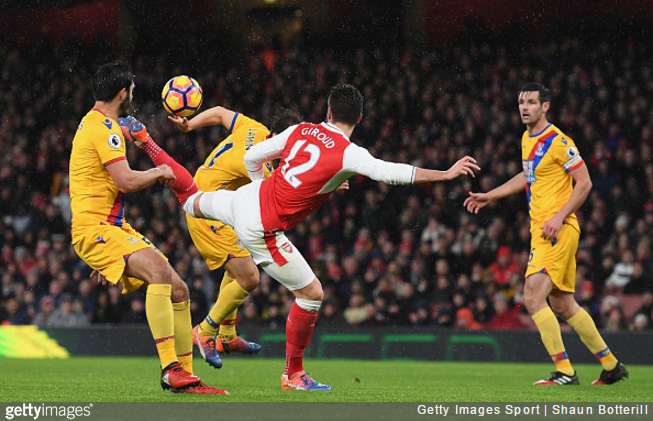 Enjoyed Olivier Giroud’s frontwards-backheel volley against Crystal Palace, did you? Think it represented a wondrous scintilla of pure creative innovation in a sport gone sterile?

Well, it gives us absolutely no pleasure to inform you that you are wrong- hopelessly, despairingly wrong.

For you see, it has emerged that Giroud the Imposter has actually performed such a routine before, back amid the primordial mists of 2014 – during a training session in which Arsenal were limbering up for a Champions League play-off against Besiktas.

Squaring off in a one-on-one drill with Laurent Koscielny, Giroud beat his man, fired a low shot against the goalkeeper and then unspooled his metre-long hamstrings to flick in the rebound with a progenitor of his scorpion flick against Palace…

Bah, strike the Palace goal from the records.

This man is clearly a heretic and a charlatan.