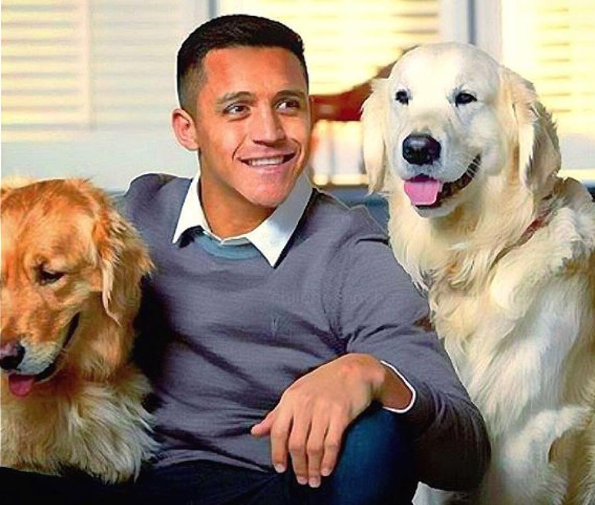 With speculation over Alexis Sanchez semi-immediate future coming to the fore again recently, a group of intrepid Arsenal fans are taking steps to persuade the Chilean that he has found himself a loving home at the Emirates.

Indeed, fan group REDaction are seeking to tug on Sanchez’s heart strings by producing a couple of banner tributes to the two things he holds above everything else in this world: his dogs, Atom and Humber.

Such is the depth of Alexis’ unwavering love for his canine companions, the two Labradors now even have their own official Instagram account.

Our target is £500 to cover all costs, so if you would like to get involved, here is the link :https://t.co/MB1WVGmLDC

Writing on their GoFundMe page, REDaction outlined their plan:

Recently there has been lots of enthusiasm for the idea of new banners for Alexis Sanchez – or in particular, his dogs.

We have a couple of designs – one to hang permanently at the front of the Upper Tier; the other as a flag to be displayed from Club Level as the teams enter the pitch.

At time of writing, the group have already surpassed their £500 goal after receiving an avalanche of donations in the first 12 hours.

In conclusion, people really are strange.