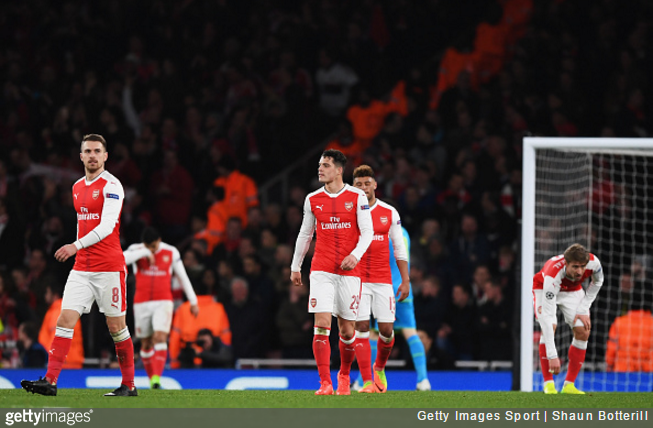 As was foretold in the prophecy, Arsenal somehow managed to go double and quits against Bayern Munich last night, slumping to a 10-2 aggregate defeat.

In the bloody aftermath of the Emirates hecatomb, football fans of all allegiances shared their thoughts and feelings, each processing the bewildering result as best they could.

Some managed a wry line…

Some harked back to better times…

Remembering the good times by going to work dressed as Arsene Wenger in 1998. pic.twitter.com/eJycIlGHk9

But of course, there was only one hyper, uptight, irascible fan channel that the wider world was waiting to hear from…

Arsenal Fan TV didn’t let their followers down either, pumping out a string of post-match reaction videos with titles such as “Wenger Needs To Leave”, “We Want A New Arsenal”, “We Don’t Even Play Good Football Anymore”, “We Don’t Even Know How To Lose Properly”, “10-2 On Aggregate Is F**king Embarrassing” and “21 Hours On A Flight For THIS?”.

However, the real heart-breaker came from a familiar face, Troopz, who seemed to have lost the will to carry on living over the course of the previous two hours…

Even the bluds and the fams seem so solemn, so weary, so… defeated.

Compare and contrast with his usual ebullient fare…