Ahead of Arsenal’s 5-0 battering of non-league side Lincoln at the Emirates on Sunday, a gaggle of anti-Wenger fans staged a protest outside the ground. 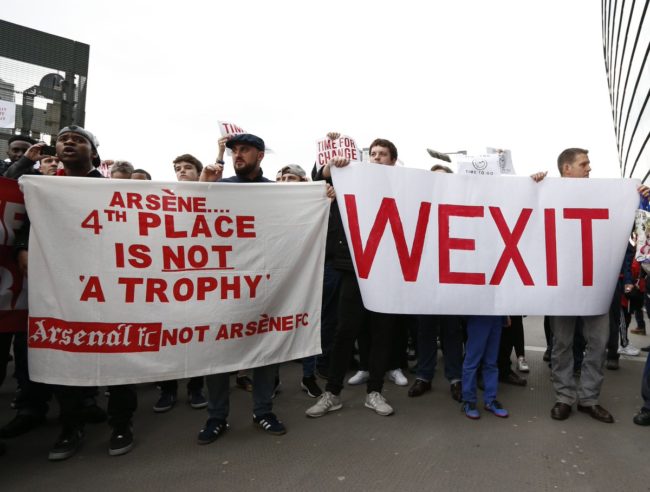 At the front of the march was none other than an incredibly cringe-worthy ‘Wexit’ banner. Unless it was a clever piece of  satire on the lack of perspective of the modern football, of course (it wasn’t).

There is a banner that says ‘Wexit’. This is not a drill. pic.twitter.com/WLpWox21e6

I wonder what the Wengeremainers have to say about that?

Rumour also has it that another anti-Wenger banner will be flown over the Hawthorns when Arsenal play West Brom next weekend.

The Frenchman is no doubt starting to know how David Moyes felt at Old Trafford.