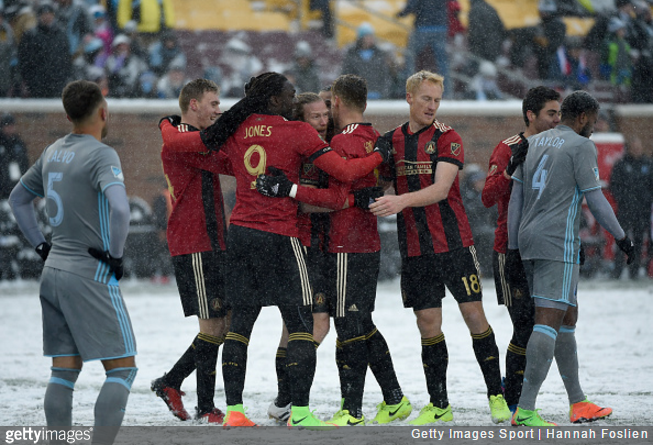 Sunday proved to be a glum old day for the 35,000 or so hardy Minnesota United fans that braved the freezing snow to attend their side’s MLS game against Atlanta United.

Minnesota wound up on the wrong end of a 6-1 battering from a newly-formed team that had only played one previous competitive match in their entire history.

As such, it was left to the home fans to create their own entertainment in order to stave off the frostbite – which this geezer duly did by staging his own, one-man anti-Arsene Wenger protest… 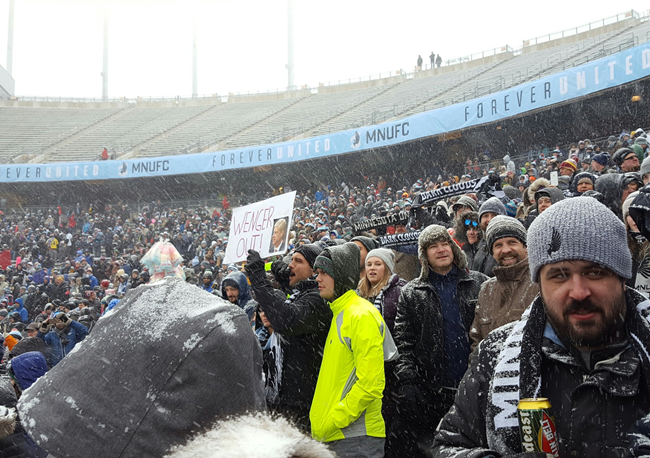 4,000 miles away on the other side of the world and poor old Arsene still can’t catch a moment’s peace.

It’s embarrassing, sure, but still comfortably way off being the most cringe-inducing ‘Wenger Out’ effort we’ve seen in recent days.