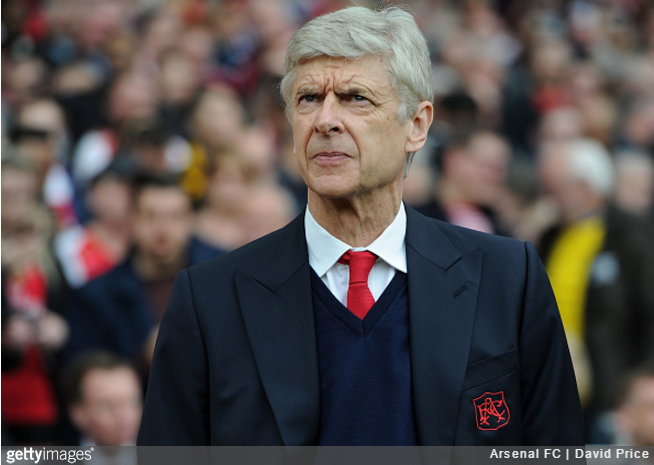 Just when you thought the ‘Wenger Out’ campaign had reached its nadir, two pillocks in cardboard masks come along to prove you quite wrong.

For outside Arsenal’s London Colney training centre at 9am this very morning, journalists were met by this truly embarrassing tableau…

A little scene from colney this morning pic.twitter.com/hUfuj00TaV

Armed with an array of banners and props, including two cuddly dogs and a homemade ‘trophy for fourth place’, a pair of diligent Wenger-Outers positioned themselves next to the gate in a brave, defiant protest against the current Gunners regime.

First time there have been protesters outside the #afc training ground at London Colney. Wenger due to speak at 9(ish). pic.twitter.com/1PIwQLsnEG

Pathetic. How can two grown men not find something better to do with their time first thing on a Tuesday morning?

And, moreover, when is this truly embarrassing non-palaver going to end?