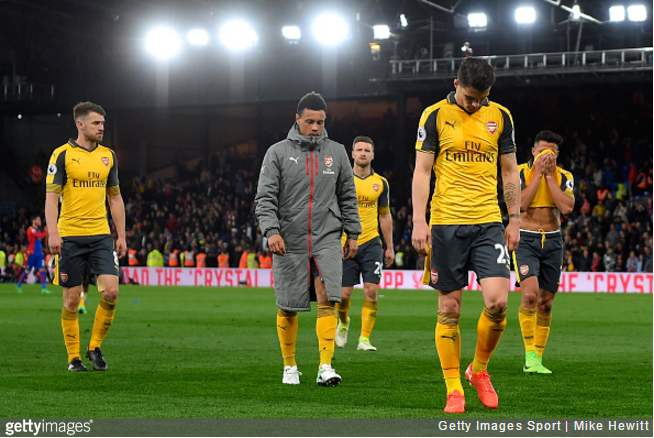 Jamie Carragher was in fine, aggravated form on Sky Sports last night, with Arsenal once again providing the pundit with plenty of ammunition thanks to a risible display against Crystal Palace.

Referencing a Graeme Sounness remark from back in 2015 (not much has changed since), Carragher branded the Gunners a “team of son-in-laws” as he took Arsene Wenger’s limp side apart in the post-match analysis.

Pissing myself at this 😂😂 @Carra23 pic.twitter.com/EI1k14SEDs

The English translation, for those of you not fluent in Deep Scouse:

I think that’s the best description of the players. They’re a team of son-in-laws. But what father would want his daughter to bring on of them home?

I’m serious. Bottling it, cowards, ducking out of challenges. What type of man? Would you want your daughter to bring home one of them?

I just think, from top to bottom, this club is not right.

Carragher also went on to accuse the Arsenal players of “chucking it”, singling out Alexis Sanchez for being “awful for the last couple of months”.

On last night’s evidence, he may just have a point.