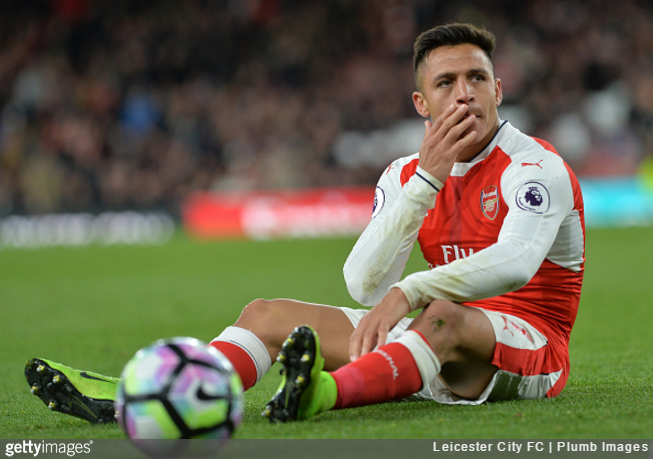 Once again proving that he’s the pithiest pith-artist on Twitter, Robert Huth has levelled a wry dig at Alexis Sanchez in the aftermath of the blood-spattered battle between Arsenal and Leicester City on Wednesday night.

As you may recall, Sanchez was rendered temporarily paraplegic when he was hit in the face at point blank range by a Christian Fuchs throw-in…

However, Sanchez wasn’t the only player to have their blood drawn during the grisly midweek slug-fest, with Huth revealing that he too suffered a gruesome flesh wound.

Mercifully, it looks like the concrete-jawed German defender is going to be able to patch himself up in time for Saturday’s trip to West Brom…

Just about recovered from the arsenal battle the other night #playon 🚑 pic.twitter.com/YS2cxSjN3s

A grazed knuckle and still he plays on. What steel. What fortitude.

The man’s a throwback to a bygone age.