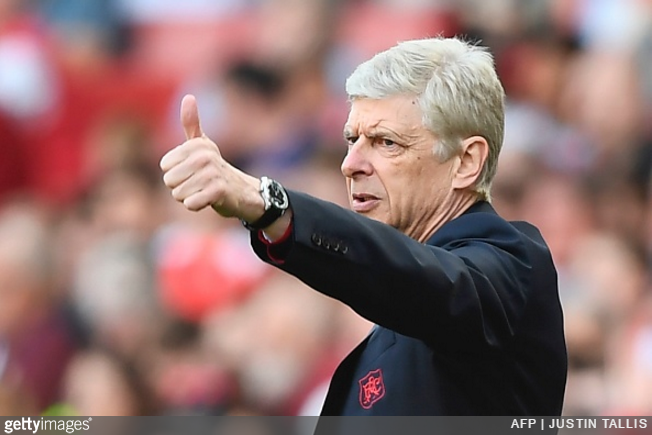 Does that pun even work? Perhaps if you say it fast enough? Oh well, what’s done is done.

Arsenal may well have signed off for the season with a 10-man victory over Everton, but alas it didn’t prevent Arsene Wenger’s side from falling narrowly short of qualifying for next season’s Champions League.

In fact, they missed out on the top four by a single point, with Liverpool ousting the Gunners down into fifth place thanks to a rampant 3-0 win over Middlesbrough at Anfield.

Liverpool actually struggled to find a breakthrough for the majority of the first half, thus lulling Arsenal (who went ahead as early as the 8th minute) into believing that they might just squeak a 19th consecutive year in the Champions League after all.

However, Georginio Wijnaldum eventually broke the deadlock in the second minute of first-half stoppage time, ramming one in at the near post to set the Reds on their way…

Klopp’s mob went onto win at a canter and lock down fourth place, thus bumping Arsenal down into the dreaded ‘light grey box of Europa doom’ – i.e, fifth place.

And so, for the first time in nigh-on 20 years, Wenger has failed to secure his team a berth in UEFA’s top tourney. It’s also 21 years since the Gunners finished outside of the top four. Quite the streak.

While it’s easy to get caught up in the ‘woe is Arsenal’ pantomime, it’s perhaps a good time to sit back and fully appreciate just how consistent Wenger’s record has been over what is an incredibly protracted period of time in footballing terms.