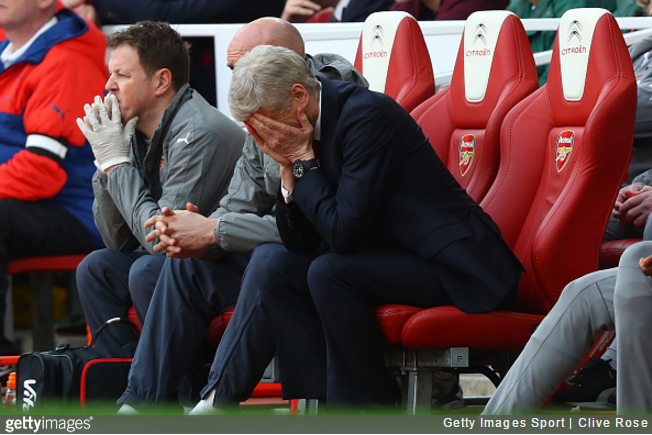 What better way to exercise you democratic right to vote than to use your ballot paper to score cheap social media banter points?

That’s exactly what a few ‘Arsenal fans’ (we use the term loosely) did while voting in Thursday’s UK General Election, spoiling their ballots by adding their own meme-tastic ‘Wenger Out’ box to the bottom and then tweeting photos of their handiwork…

Many @Arsenal fans have spoilt their ballot paper #WengerOut @piersmorgan did you? pic.twitter.com/P0yHPyuKTa

Fine. We hope those precious, precious retweets were worth it.

Funnily enough, Labour leader Jeremy Corbyn is an Arsenal fan and a staunch Wengerphile, firmly nailing his colours to the mast in the build up to the election.

Speaking to Copa90 on the matter, Corbyn said:

I get really fed up with these people – Arsenal concede a corner in the first five minutes of a game, and somebody says ‘Wenger Out!’

Hang on a minute. It’s a corner, it’s five minutes into the game, get over it! I’m with Arsene Wenger.

The league wins, the cup wins. Until this season, the 20 years in the Champions League, I think he’s a guy that’s brought the club forward to a world status and we should recognise that.