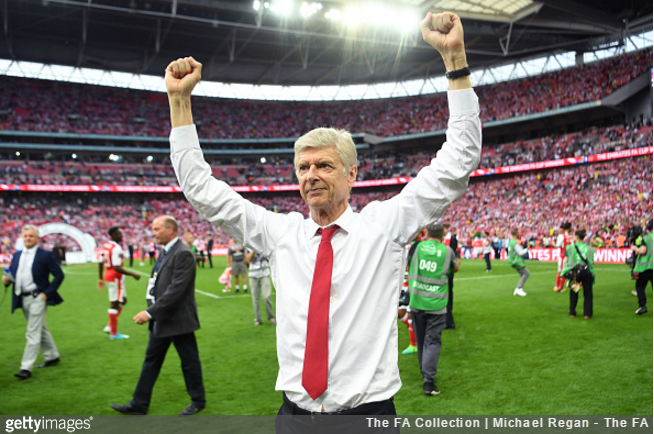 In the wake of Arsene Wenger agreeing his new two-year contract extension, Arsenal fans were promised a full review of the club’s on and off pitch activity to “identify areas for improvement to build a sustained title challenge.”

The review was taken as the “catalyst for change” as promised by shareholder Alisher Usmanov a month or so prior, with Arsenal as an organisation appearing to finally twig that something had to change in order for their fortunes to improve likewise.

Well, it would the Gunners’ commitment to change has lasted all of two weeks, with the news today that the entirety of Wenger’s backroom staff are set to remain exactly as and where they were ahead of a spate of mass contract renewal.

This from the Evening Standard:

Although contract extensions have not been formally signed, it is expected that Wenger will retain his entire backroom team including fitness coach Tony Colbert and goalkeeping coach Gerry Payton, the two members initially thought to be under threat.

There is also word that Arsenal are scrapping plans to hire a ‘director of football’ after Wenger himself resisted the move.

The club may still make a DoF-type addition to their staff this summer, but reportedly at a significantly “lower level” than the role which was originally discussed.

Chief executive Ivan Gazidis had sounded out several candidates during the second half of the season but Arsene Wenger proved resistant to relinquishing control of the club’s transfer strategy.

Christ. Hardly the news the ‘Wexit’ crowd were hoping for.

There is going to be a squadron of planes flying over every single top flight stadium next season.