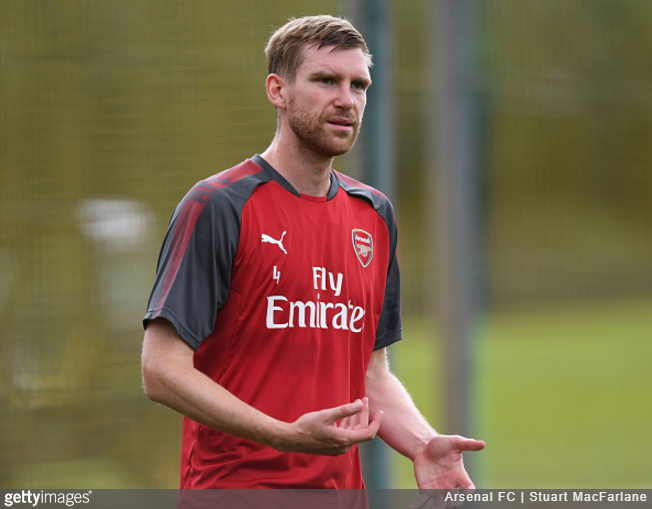 Arsenal have confirmed that Per Mertesacker is to become the new manager of the club’s academy come the start of next season.

With his knees beginning to creak and that trademark pace beginning to wane, the veteran centre-half has agreed to move into the backroom staff as of 2018/19, by which time he’ll be 33.

A statement posted on the Gunners’ official website reads:

We are delighted to announce that club captain Per Mertesacker will become our academy manager in a year’s time.

For the coming season, he will continue as an important part of our squad while developing his knowledge and understanding of the Academy.

Manager Arsene Wenger had this to say on the matter:

Per is an exceptional character who is a great example for young players. He is a deep thinker about the game and committed to helping players fulfil their potential.

He will be an inspirational figure for everyone connected with the academy.

And this comes from the Big F**king German himself:

This is the start of an exciting new chapter for me and I am delighted that I will be able to stay part of the Arsenal family.

This season I will remain fully focused on my job with the team and am looking forward to a successful last season on the pitch.

After that, I look forward to the exciting challenge of helping produce young players good enough to play for the Arsenal first team.

Spiffing! Seems like a perfectly sensible move to promote a man with a vast wealth of experience, intelligence and understanding to a position where he can use it to benefit the next generation.

Tony Adams will be absolutely friggin’ seething about this one, but crucially we imagine Mertesacker’s nous probably extends beyond this…