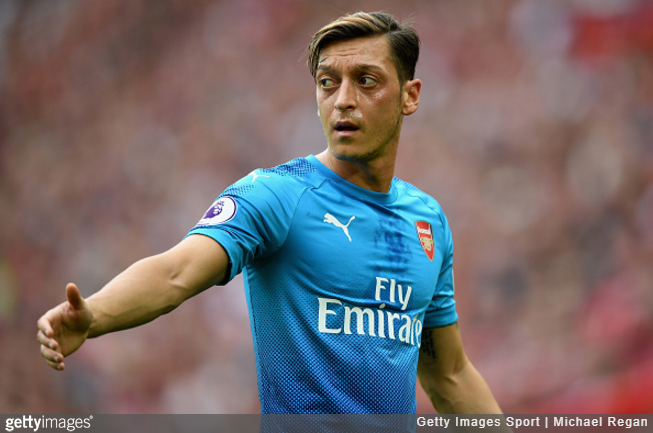 Arsenal legend Ian Wright has bitten back at Mesut Ozil after the latter politely requested that overly critical ex-Gunners should “stop talking and start supporting” the current team in a social media message posted recently.

Marking the fourth anniversary of his arrival at the Emirates, Ozil published a lengthy message on Facebook in which the nimble German forward made reference to the nigh-on constant, one-note criticism he continuously receives from all and sundry all the time.

Personally I’ve had to accept a lot of criticism during my time in London. ‘Too expensive, too greedy, bad body language, and lacking fight’ – this is what people have said about me.

Some of these comments are made by those who do not know me, some are made by former players – both successful and unsuccessful during their time here at the club.

Although criticism is something that all football players have to deal with, I nevertheless expected legends to behave like legends – my advice to these former Gunners: stop talking and start supporting!

However, provoked by Ozil’s comments, Wright exercised his right to reply by dismissing the 28-year-old’s pleas entirely, instead imploring Ozil to prove his commitment to the Arsenal cause by contractually lashing himself to the sinking ship.

Speaking as a guest on BBC Radio 5 Live, Wright remonstrated:

Sign a contract if you feel that strongly about people criticising the team because you’re somebody who is integral to Arsenal’s success.

You’re not signing a deal and you’re probably going to continue to hide behind the fact that (Alexis) Sanchez is the one that everybody’s going to say, “Is he going to go?”.

A player that is not actually performing on the pitch is coming out, calling people out and he’s not signing a contract.

Bloody hell, the entire atmosphere around Arsenal has become so completely toxic of late. Are things really *that* bad? We suspect not, but the club’s obnoxious spoilt-brat brigade have exacerbated the vitriol beyond all reason.

If you were Ozil, would you really want to stay around beyond the end of the season, going almost entirely unappreciated while people continue to harp on about how much of a disappointment you are every single week?

No wonder he’s struggling to reach his imperious best.