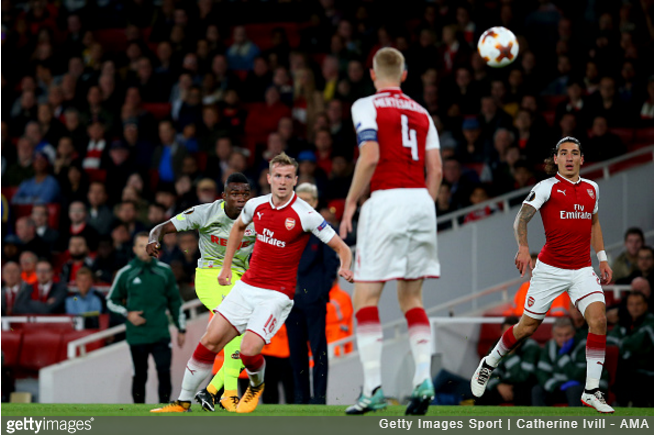 With kick-off delayed for over an hour due to crowd congestion problems (who’d have guessed?), Arsenal took roughly nine minutes to fall behind against Cologne in their opening Europa League fixture.

The goal itself was a stonker, scored by under-fire striker Jhon Cordoba, who has so far failed to impress the Cologne fans since coming in as a direct replacement for goal machine Anthony Modeste, who left for the Chinese Super League over the summer.

With David Ospina charging out of his box and then flubbing a clearance, Cordoba capitalised immediately by sending a powerful 45-yard drive back over the dislocated Colombian stopper’s head…

Hell of a finish, but what on Earth was Ospina doing?

When it comes to intelligent goalkeeping, a little risk assessment goes a long way.