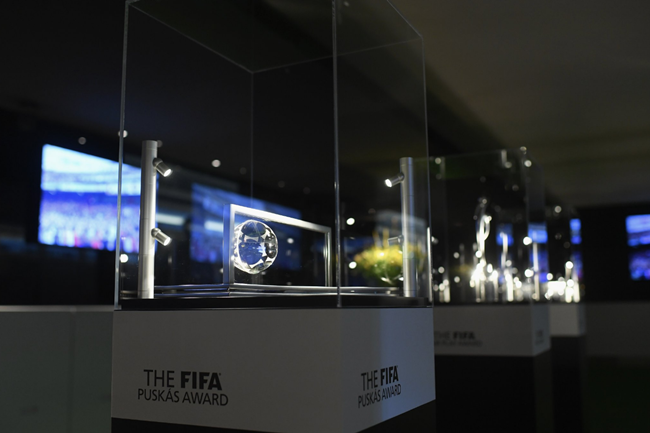 FIFA have revealed the 10-strong shortlist for the 2017 Puskas Award award, which features a couple of nods for the Premier League.

Phwoar. Gets better every time you see it.

Unlikely as it may seem, the pair will be vying against a South African goalkeeper by the name of Oscarine Masuluke.

Not only did Masuluke score an overhead kick for Baroko FC in a crunch tie against Orlando Pirates last November, it also proved to be a 95th-minute equaliser into the bargain…

Not good enough for the #AbsaPrem Goal of the Season, but Oscarine Masuluke’s up for the FIFA #Puskas Award. pic.twitter.com/kJGZJ1kxgJ

The other seven nominees are Kevin-Prince Boateng, Alejandro Camargo (a stonking volley from inside his own half), Deyna Castellanos, Moussa Dembele (Celtic), Aviles Hurtado, Mario Mandzukic and Jordi Mboula.

All the goals can be watched again on the FIFA website, where the public poll is now live.

Who gets your vote this year, Pies fans? Giroud all the way for us.