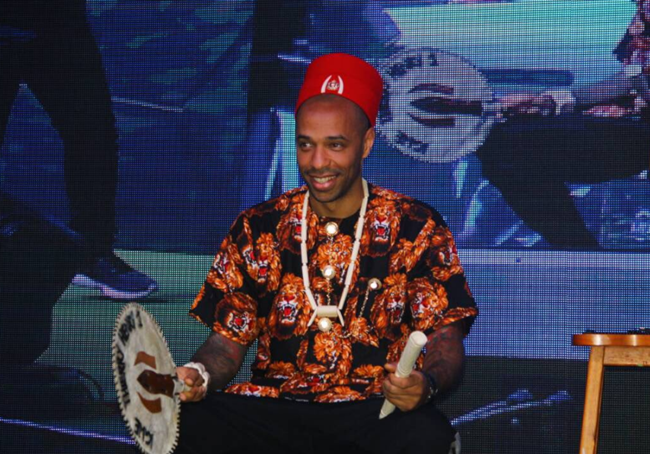 To add to his already lengthy CV, Thierry Henry can now legitimately claim to be the ‘King of Football’ after being anointed as such at an event in Nigeria at the weekend.

Thanks largely to Nwankwu Kanu, Arsenal retain a large and fervent following in Nigeria with fellow ex-Gunner Henry also held in deity-like regard among fans.

As such, at a Guinness Fanzone gathering in Lagos on Sunday night, the Frenchman had his coronation made official as he was made honorary “Igwe (king) of Football” while dressed in traditional Igbo attire.

He was also taught how to cook jollof rice…

A royal induction, a snazzy new hat and a tasty cooking lesson? Not a bad night’s work.