Emotions are raw at the Emirates Stadium today ahead of Arsene Wenger’s final game in charge of his beloved Arsenal.

The strong feels began several hours ahead of kick-off against Burnley, when Wenger ventured out into the empty arena for one last private meander before the arrival of the thronging masses…

As you might expect, the club themselves also laid on a special farewell, with the current squad using their shirts to deliver personal messages of thanks to for the departing Frenchman.

Supporters were also invited to pay tribute to Wenger via two enormous ‘Merci Arsene’ farewell cards, which were left out in the Emirates concourse for the punters to fill… 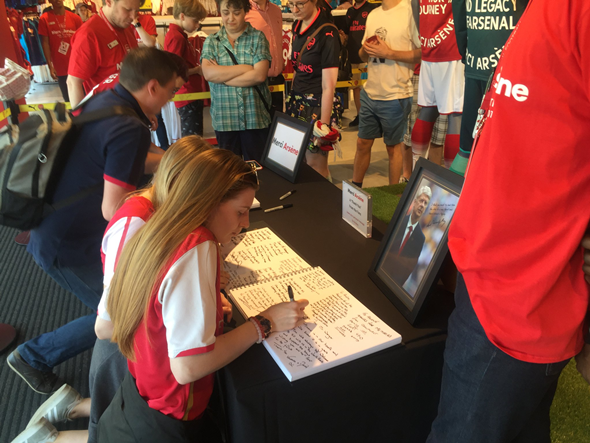 Commemorative shirts given to all home fans and media inside the ground today. #MerciArsène pic.twitter.com/b99QMGwFZa

A guard of honour will precede kick-off, with Sean Dyche and the Burnley team also lining up to shake Wenger’s hand before things get underway.

Now, if you’ll excuse Pies, we appear to have got something in our eye.