Crystal Palace earned a deserved share of the spoils against Arsenal on Sunday, with the Eagles playing out a dramatic 2-2 draw at Selhurst Park.

The hosts started brightly and created a number of good chances before their good work eventually paid dividends just before half-time.

The goal came after Shkodran Mustafi fouled Cheikhou Kouyate in the box, courtesy of a desperate challenge.

Luka Milivojevic, who missed a spot-kick last time out against Everton, stepped up to fire home his side’s first home goal of the season.

Arsenal, as usual, improved after the break and on 51 minutes, they drew level, via a superb curling free-kick from makeshift left-back Granit Xhaka.

Just five minutes later, the visitors took the lead, with Pierre-Emerick Aubameyang scoring at the far post, albeit after Alexandre Lacazette looked to have handled the ball.

The ball had crossed the line by just nine millimetres… 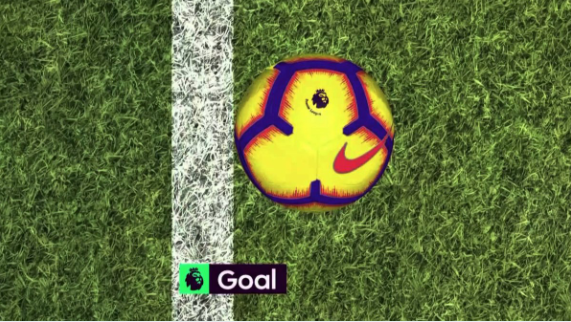 However, it was Palace who nabbed a deserved equaliser late on, again from a Milivojevic spot-kick.

Wilfried Zaha, who had been a thorn in the Gunners’ side all afternoon, ran at Xhaka, who brought down the winger inside the box.

While the Palace star certainly played for the foul, a penalty was the right decision.

The game would end all-square, a result  which sees Arsenal’s 11-game winning-streak come to an end, although Emery and co. will no doubt be satisfied with a point after a difficult encounter.

As for Roy Hodgson and Palace, they can feel satisfied themselves by a fine display which could well have seen them take all three points.