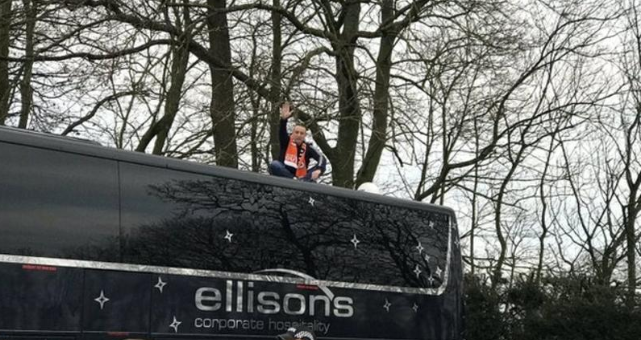 A youthful Arsenal side eased themselves into the fourth round of the FA Cup at the weekend, with Joe Willock netting a brace and Alex Iwobi scoring in a 3-0 win away to Blackpool.

The victory came despite a glitch in the Premier League side’s pre-match preparations, with a Blackpool fan sitting on top of the Gunners’ team bus before it departed from the Preston Marriott Hotel.

Blackpool FC is no stranger to fan protests with this chap deciding to halt the Arsenal coach in protest at the running of the club by Owen Oyston.

According to the Lancashire police, the man came down after about 40 minutes, when he was arrested.

The Gunners made their way to the game via a replacement vehicle and entered Bloomfield Road by a  back entrance to dodge more protests outside the front gate. 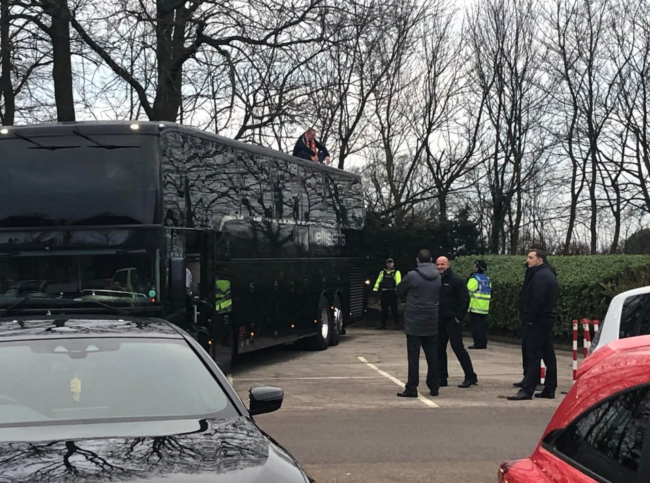 Arsenal boss Unai Emery was unperturbed by the delay, saying:

There was no change us. We know there are some problems here with the supporters and the team.

We have respect for them – the supporters, the club, the team – and we prepared for the match with respect also for this competition.

Only 3,777 home fans watched the game at Bloomfield Road with a large proportion of Tangerines’ fans staying away as the protests show no sign of letting up.

We’re very pleased so few tickets have been sold. It shows the boycott is holding.

We’ll be outside the ground – like we are at every home game – as a symbolic presence to show we haven’t abandoned the club.

It is drastic, but it is the owners that have damaged the club over many, many years. So we believe our campaign is the best way to secure the future of our club, because the only way it can survive is if [Owen] Oyston leaves it – there is no future for the club while he remains there.

It’s heartbreaking for lifelong supporters to have to do this, and we’ve been doing it since 2015.

It all seems a real shame for the famous club.