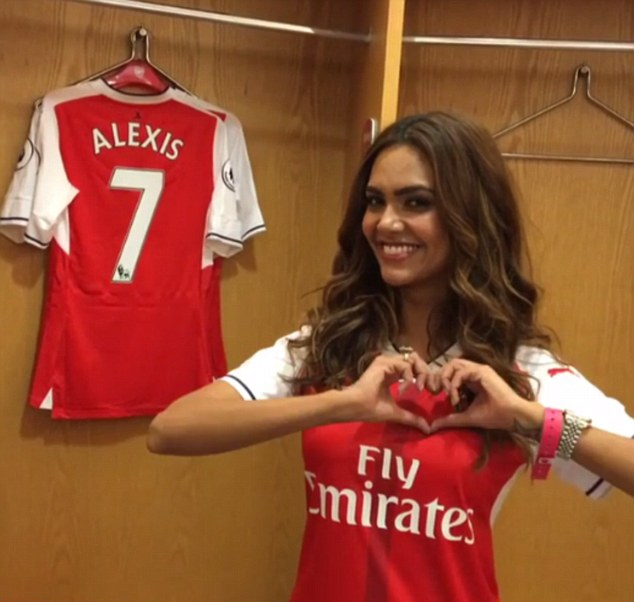 Whatever the precise nature of Esha Gupta’s ambassadorial role with Arsenal was, it must surely be a thing of the past after the Indian actress/model was found to have used racial slurs while criticising Alex Iwobi.

Having watched the Gunners go out of the FA Cup on Friday night, Gupta discussed Iwobi’s performance with a friend who referred to the Nigeria winger as a “gorilla” and a “neanderthal”.

So taken with the snappy repartee, Gupta was still giggling as she shared the conversation on Instagram… 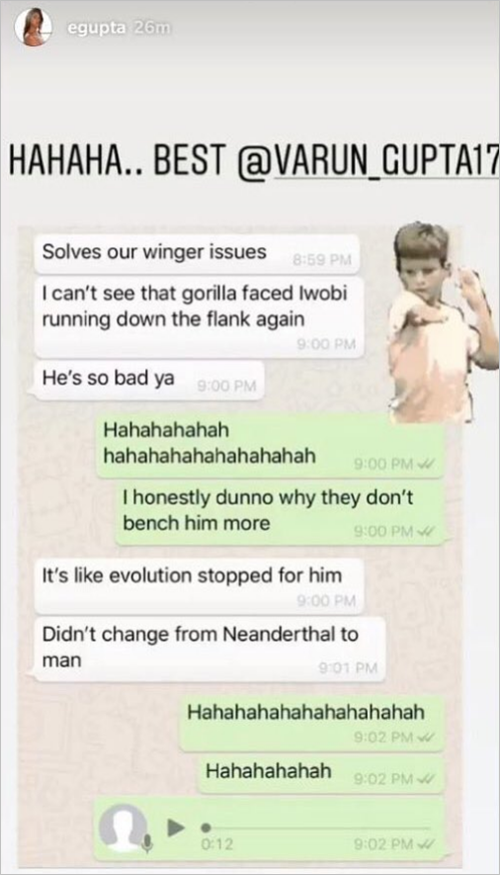 After being called out on the dreadfulness of the messages (most notably by Daily Cannon writer Dan Critchlow), Gupta sought to make amends by issuing the now standard “sorry if u were offended” half-apology over a series of increasingly vapid tweets. 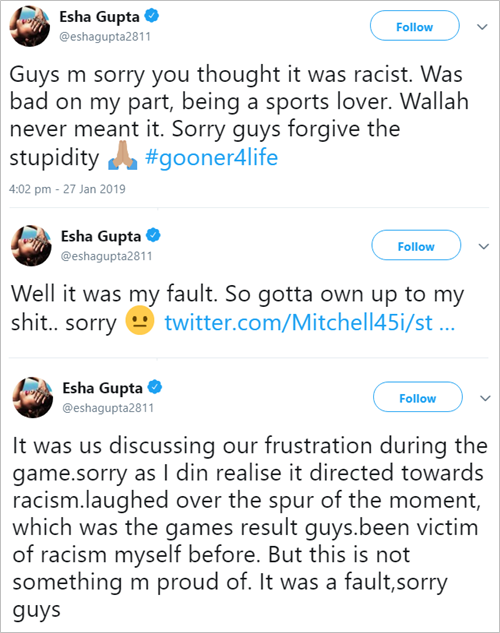 She didn’t realise the discussion had “directed towards racism”? Well, that’s certainly a new one.

Pies aren’t entirely sure what Gupta’s role as Arsenal envoy entails – she has assisted in a kit launch before – but we can only assume, nay hope, that it doesn’t go on for much longer.