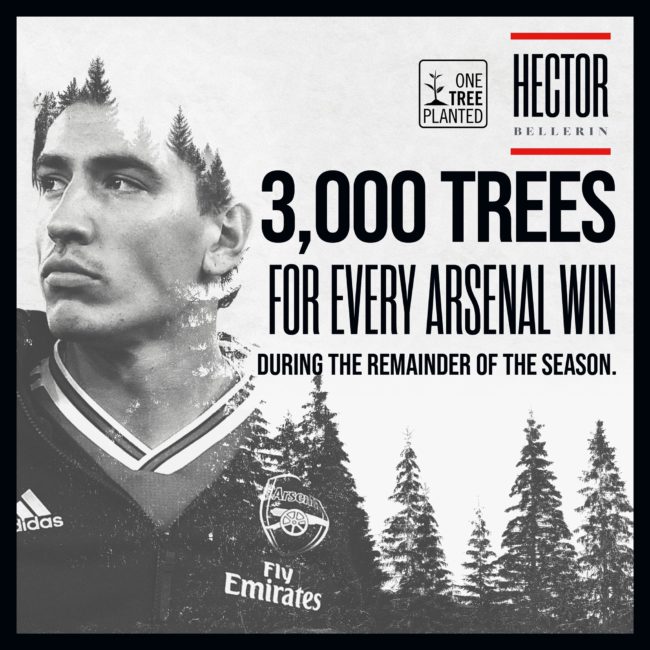 Doubtless outraged at the front-page attention Sir Marcus Of Rashford is receiving for his food voucher campaign, Arsenal eco warrior Hector Bellerin has announced, with the faraway look of a man who means sustainable business, he will plant… well, you can see exactly what he said from the headline and image. Because, Sir Marcus, trees > food.

Bellerin will also, according to this tweet, style his (usually immaculate) hair into a forest of actual tiny trees. This alone will take a hell of a lot of tonsorial maintenance, the sort of which is beyond even Serge Aurier’s mobile hairdresser.

So this is very admirable, especially as the trees will be planted in the dying Amazon, but it is also an open goal for social media comedians, i.e. everyone with access to the internet, to banter in the vein of: “Looks like you won’t be planting any trees then!”, or “Now people have a reason to root for Arsenal,” or meme as follows: 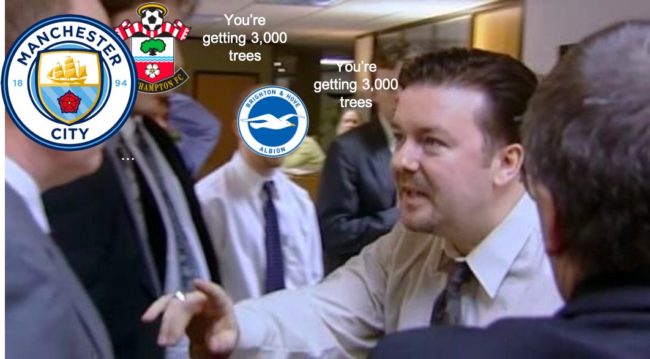 All of which means: if Manchester City beat Arsenal tonight, on football’s Big Comeback Night, then Pep Guardiola hates trees, hates the planet and basically wants humanity to fail. The logic is infallible.