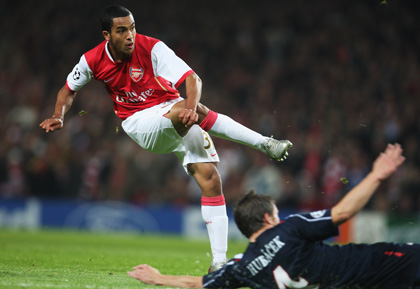 Slavia Prague v Arsenal, Weds 7 November (ko 7.45pm BST)
With nine points on the board, Arsenal can afford to rest some of their stars and word is that both Cesc Fabregas and Alexander Hleb will be allowed to put their feet up for the night. That means theyâ€™ll have to make do with the return of second-string players like Gilberto Silva – who also happens to be a World Cup winner so itâ€™s not exactly a weakened team.
However, Slavia Prague will still be smarting over the 7-0 battering at the Emirates so we expect this to be tighter with, dare we say, the possibility of a drawâ€¦
Prediction Slavia Prague 1-1 Arsenal