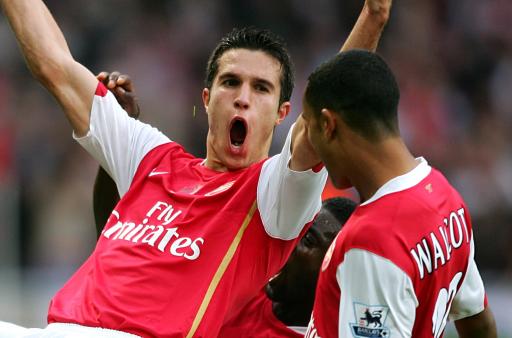 Arsenal will definitely have to do without the services of Robin Van Persie for the immediate future, and are also waiting to find out the extent of the injury Theo Walcott sustained on England duty last night.

The club have confirmed that Van Persie faces at least six weeks on the sidelines after injuring his ankle at Blackburn on August 28th. The Dutch striker isn’t expected to return to action until the middle of next month.

Walcott rolled his ankle during the build up to Wayne Rooney‘s opening goal against Switzerland last night and was subsequently substituted in the 12th minute for Adam Johnson – who himself went on to score England’s second goal in their 3-1 victory.

“It’s a little problem or not so big problem.”

Initial reports are suggesting that Walcott only suffered a sprain, and will only be out for 2-3 weeks at the most.

On a more positive note, Arsenal are set to welcome Samir Nasri back to full training during the next few days. The French midfielder suffered a meniscal injury on the opening day of the season, but his return is ahead of schedule after undergoing knee surgery three weeks ago.