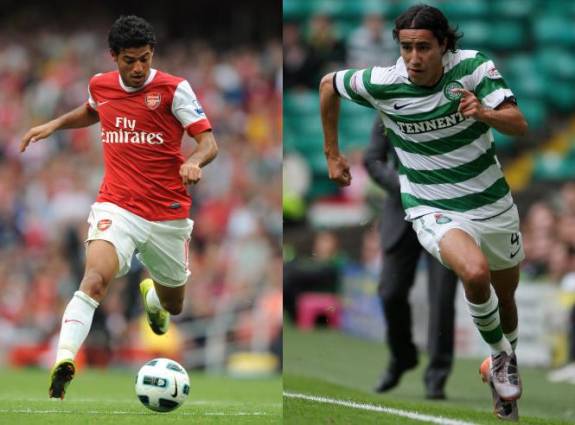 Arsenal striker Carlos Vela and Celtic midfielder Efrain Juarez have both been handed a six-month international ban by the Mexican Football Federation (FMF) and been fined £2500 each for their part in a ‘raucous party’ that was held at the team hotel after El Tri beat Colombia earlier this month.

The FMF saw fit to charge the pair with ‘breaching the Federation’s rules of conduct’ and, as a result, neither Vela nor Juarez will be available for selection until March of next year.

(via The Daily Record)