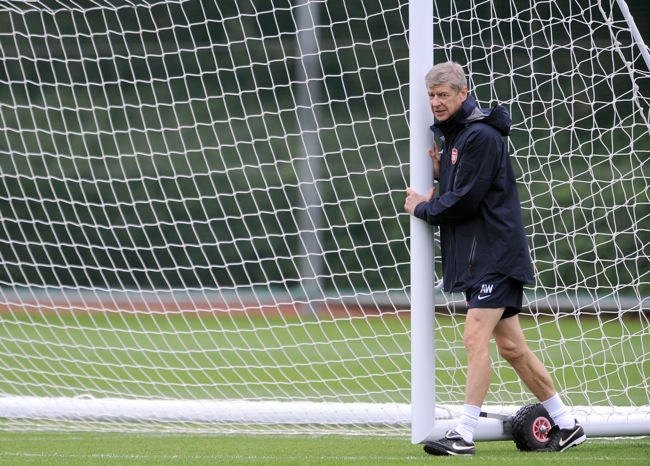 It’s my duty to hate Arsene Wenger. Whatever he does at Arsenal, I have to hate him, because he’s doing it at Arsenal. That’s my lot. However, he has so much going for him that on occasion I’m doing my seething through gritted teeth. His Christ pose at Old Trafford last season was a man fully in touch with his self-worth. Even the United fans relented at the sight of his faux crucifixion. He takes excellent youngsters and makes them into, occasionally, excellent players. He’s without doubt one of the more erudite managers in England, and English isn’t his first language.

Despite this, he’s plenty capable of going off on a self-loving one every other week. He indulges the ratface Fabregas, to let him maintain a love affair with another club while simultaneously inviting a loss of form until he gets his move. I know that Wenger didn’t have much choice – £30 million isn’t enough for Fabregas, clearly – but this shameless flirting between Catalans makes Wenger look like an even more gutless cuckolded WAG.

His myopia extends beyond Van Persie’s elbowing, now more chronic than his injury problems. It covers even his medical department. Every year, at least two players are out for nigh-on six months due to indiscriminate knack. Every year, his answer? “We hope he’ll be back in two weeks.” I’m not even sure Rosicky knows how to kick a ball anymore.

But his worst trait is his self-aggrandising over young players, and The Right Way To Do Things. His method is no more right than any other, and it’s just as self-serving as spunking big coin on proven players. Wenger and a few of the less bright of the broadsheet hacks have created his mythology, and it’s holding Arsenal back from being even better than they already are. It causes friction in the team, and with the fans.

When asked about his record with youngsters, he had the balls, and the brown-nosing press in tow to report unquestionably, to say this:

I’ll give him Gibbs and Cole, two left backs ten years apart, even if Cole is despicable and Gibbs might not even make it. Now, for the rest of the players that he is ‘responsible’ for…

Gael Clichy developed in France and played for Cannes, who discovered him first. Yes, Wenger got him for £250,000, which is a remarkable deal, but France has to get the majority of the credit. As does Clairefontaine for Abou Diaby, who first played for Auxerre, not Arsenal. As do Barcelona, who basically loaned Arsenal Fabregas – everyone who played with him at Barcelona already knew was a remarkable player, he wasn’t Wenger’s unbelievable find – in return for Petit and Overmars, albeit at a cost. Senderos and Djourou both come from Switzerland, and Senderos wasn’t only being courted by Wenger. And they’re both crap. 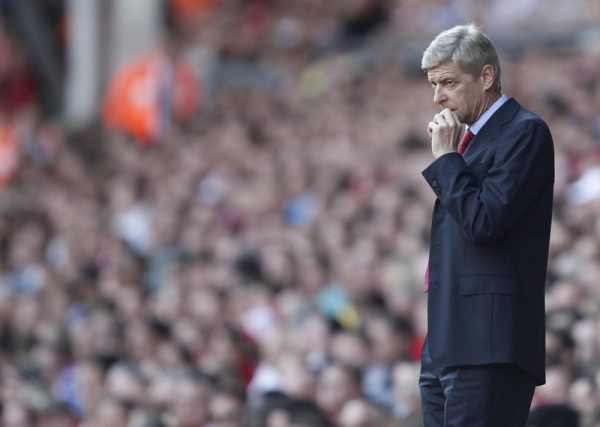 Wenger’s greatest trick in the world isn’t magically developing great talent, as he claims, but convincing people that it is. This is him building his legend in anticipation of never getting his hands of the Champions League. I can understand the egotism, but he doesn’t need to act like a genius, he just needs to be honest. What Wenger is good at, and this doesn’t sound nearly as edifying, is exploiting weaknesses in the leagues abroad concerning signing up young talent. They don’t have contracts as early as in England, so Wenger (and he’s not alone in this, just the most active and best) hoovers up the talent that is already almost entirely formed, and finishes it off. This is a remarkable skill, but he’s not an alchemist, he’s a football manager with an eye for a bargain, who deserves credit for balancing the books while studiously avoiding trophies.

What he needs now, more than ever, is criticism. Taking young kids, before they have a chance to achieve something with their home club, means that these players have unfinished business with these teams. The best example is Fabregas. Grateful to Wenger, but desperate to come home. Further, established players like Petit, Vieira, Henry and Overmars set a pattern five or six years ago, that at their peak, or just after, they leave to win real medals, before they become veterans. Chelsea have Lampard, Liverpool have Carragher and will have Gerrard, and Manchester United have Scholes, Neville and Giggs to teach the young players of responsibility and of the heart of their club. Who do Arsenal have in their thirties to pass on a club’s heart? Manuel Almunia, the embodiment of the bad side of Arsene Wenger. Arsenal are forever in a holding pattern, always a year away, and not as good as they could be.