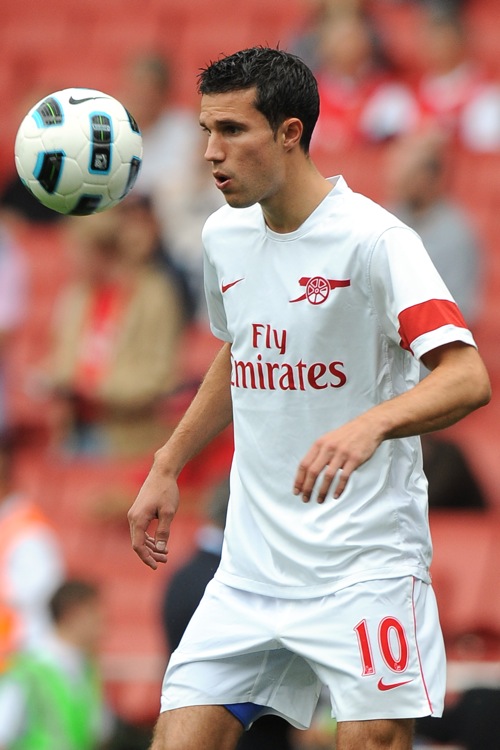 Van Marwijk plans to select Van Persie for the Netherlands’ friendly against Turkey on 17 November, but Wenger has told Bert to back off.

“I think the Dutch coach has a good sense of humour – there is no chance,” Wenger is quoted as saying in the Telegraph.

“That would be an absolute scandal if he [RvP] plays in a friendly and not a competition here. He would not be ready.

Bert countered with a stiff jab to Wenger’s hollow cheek:

“Robin is expected to be back in the national team next month. We expect him to play.”

Pies says: I get what Wenger is saying, and in his shoes I would say exactly the same thing – the prospect of Van Persie picking up another niggling injury (or worse) in a meaningless international friendly is too terrible to contemplate. But surely it’s a matter of timing. If Van Persie’s return to fitness coincides with an international match, not an Arsenal match, then that’s just crappy timing for the Gunners, no? Despite what Wenger says, can you have “the reverse”?