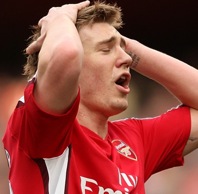 In an interview with Danish newspaper BT, Arsenal striker Nicklas Bendtner threatened to put in a transfer request if he continues to warm the bench:

“I’m extremely disappointed with the lack of minutes on the field. I feel I’ve done everything right in getting back to fitness and I’m in the best shape of my life.

“I feel better than before the injury and at that point I was in the starting XI and close to fulfilling my potential.

“If my manager feels differently that’s fair, and he’s the one choosing the team, but then I disagree.”

Bendy then warned he would be leave the Gunners if he fails to nail down a regular first-team place. The mardy Dane concluded:

“I simply have to get to the next stage in my career and that’s the reason why I’m saying these things right now.

“If the situation doesn’t change and I’m still on the bench at Arsenal, I’ll look for a transfer. That’s obvious.

“But my first priority is definitely – as it has always been – to play for Arsenal.

“I’ve had a lot of patience and I won’t sit on the bench any more.” 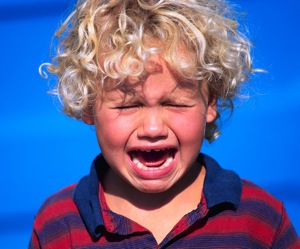