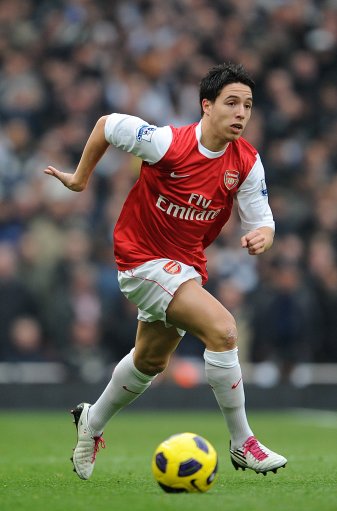 Just a quickie to let y’all know that, according to the Guardian, Arsenal are preparing to move their l’il midfield lesbian Samir Nasri into the same pay-bracket as Robin Van Persie, Andrei Arshavin and captain Cesc Fabregas by offering the in-form Frenchman a new £80,000-a-week contract.

It’s widely thought that Nasri, coupled with the aforementioned salary hike, will be offered (and duly sign) a three-year extension to his contract at the Emirates which currently expires in the summer of 2012.

That’s got to be good news, no?