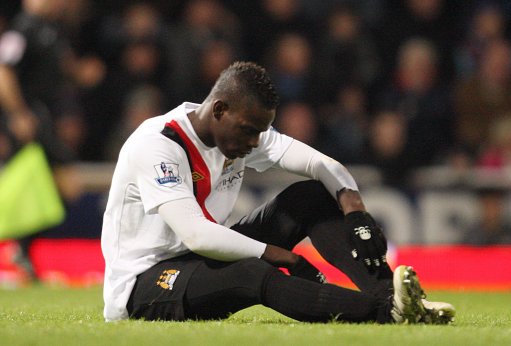 Far be it from me to brand Manchester City upstart Mario Balotelli as being utterly myopic, self-centred, self-interested, alienating, egotistical, petulant, ridiculously immature, head-strong, off-puttingly pugnacious, cripplingly arrogant, impudent, unloyal?…disloyal and as having no decisive measure of his footballing worth other than his ridiculously inflated salary – but he really doesn’t do himself any favours.

Italian newspaper Tuttosport have bestowed Balotelli with their 2010 ‘Golden Boy’ trophy (for the best player under the age of 21), with the Italian narrowly beating Arsenal tyro Jack Wilshere to the gong – and the City striker greeted the news with typical humility:

“I am delighted to receive this award. Who could have won this award but me? Two years ago I finished sixth and a year ago fourth. It was finally my turn.

“I don’t know who Wilshere is, but the next time I play against Arsenal I will keep a close eye on him. Perhaps I will show him the trophy and remind him that I won it.”

Don’t you just want to slap him across his void, emotionless face?