By the time that the Carling Cup final kicks-off this Sunday afternoon, 5 years, 9 months, 6 days and 15 hours will have elapsed since Patrick Vieira sidled up and stroked his penalty past Roy Carroll to win the FA Cup for Arsenal.

It would prove to be Vieira’s last act as Arsenal’s standard-bearer and captain, as the Frenchman duly departed for Juventus a month later – a move which, with the application of perfect 20/20 hindsight, effectively brought down the curtain on the club’s glorious domination over domestic proceedings during the first half-decade of the 21st century.

Over three million minutes have drifted away, up and out into the cosmos since that final in Cardiff back in May of 2005.

Vieira is a spent-force conversely winding down with newly-aspirational Manchester City, Arsenal have hauled up their roots, converted the site of their old library into people storage and moved into a bigger place down the road, Arsene Wenger’s hair has passed through the ‘greys’ and is now approaching the ‘silvers’ and yet that darned FA Cup is still the most recent addition to their groaning trophy cabinet. 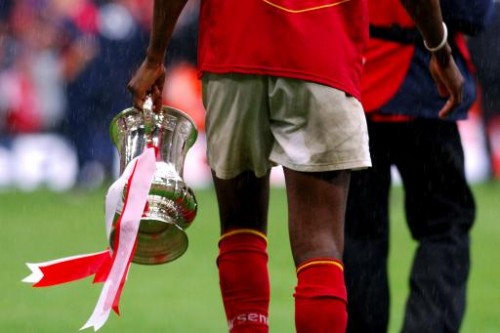 I’ve said it before and I’ll probably have say it again at some point in the near future: I’m no expert.

There are several hundred Arsenal-centric bloggers out there that will have picked through the reasons in greater detail than I will ever be prepared to, but it’s surely no coincidence that Wenger’s barren streak just so happens to run parallel with his self-imposed, youth-orientated squad regeneration.

The revolution obviously didn’t begin with Vieira’s departure as the sole epicentre (Wenger had assembled a decent enough undercurrent of young talent at Arsenal long before that) but the fact that the then-17-year-old Cesc Fabregas pulled on his predecessor’s shirt and smoothed over the ruction in the squad with such amiable ease duly allowed Arsene to begin refitting from the fringes inwards, whilst still maintaining a core stable enough to keep the club ‘there or thereabouts’ when it came to competing with their perennial domestic and European rivals – an amazing feat in itself.

Only Fabregas (23), Johan Djourou (24), Gael Clichy (25), Robin van Persie (27), Emmanuel Eboue (27) and Manuel Almunia (an goalkeeping anomaly at 33) remain from Arsenal’s 2004/05 squad and the fact that they are tentatively regarded as being the ‘elder statesman’ of the Gunners current squad is testament to the sheer amount of young talent that Wenger has absorbed and tended to during the past five or six years. 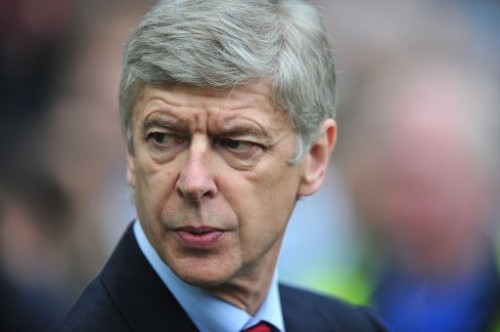 Earlier in the season, Wenger raised eyebrows by vowing (at Arsenal’s AGM if memory serves) to abandon his policy of merely using the Carling Cup to blood various members of his ever-swelling creche in lieu of making a concerted effort to win something again – thus ending the club’s five-year dry-hump and validating the progression and maturity of his youngsters with a trinket to attribute to them and them alone.

For a man who once claimed that winning the Carling Cup ‘wouldn’t even warrant a trophy parade’, this represented a significant sea-change for Wenger and, it’s fair to suggest, the descension of a couple of rungs from atop his once-haughty pedestal.

While there’s nothing fundamentally wrong with ‘going ugly early’, so to speak, there was something resolutely cockle-warming about watching Arsene finally accept that he may have to start lowering his standards if he wanted to win anything this year – especially after sitting through years of his ‘holier than thou’ spiel, even if his post-match diatribes were nothing more than a strategical defense mechanism to protect his vulnerable fledglings. 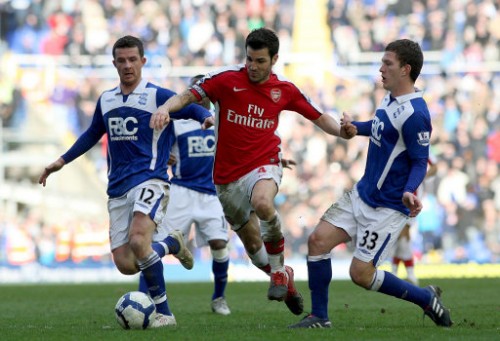 Since that AGM was held in October, it just so happens that Arsenal are still competing for honours on four fronts this season – a scenario that many wouldn’t have predicted before the season began – with the Carling Cup being the least illustrious of the quartet.

There may well be bigger prizes in store for Wenger’s band of tyros this season, though it’s an indisputable fact that a single, one-off win over Birmingham (a team they have already beaten twice in the Premier League so far this campaign) on Sunday will mean that Arsenal’s 182,185,200th sec0nd of fruitless toil since Vieira’s heroic swansong will also be their last.

One question: Do you fancy them?