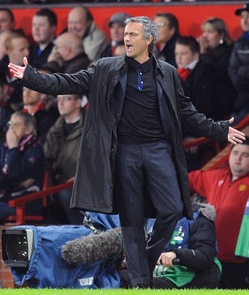 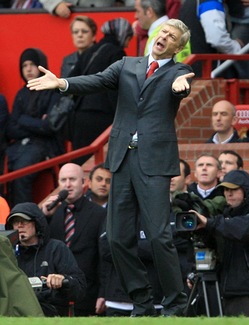 When José Mourinho left Chelsea, the Premier League lost its most entertaining gaffer by far. Thankfully, Arsene Wenger seems to have taken it upon himself to fill José’s loafers.

Wenger’s performance at Old Trafford last weekend was pure Mourinho: lots of dramatic arm waving, an unnecessary spat with the officials that led to a brilliantly theatrical (and self-effacing) cameo… 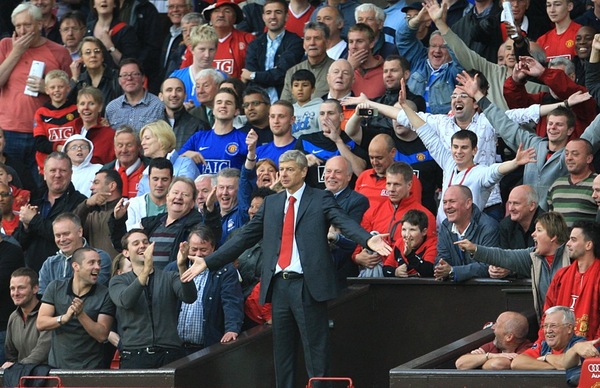 … and after the game (which, let’s face it, Arsenal didn’t deserve to lose) there was a tremendously enjoyable and one-eyed dig at United’s brand of “anti-football”.

Previously, when Wenger moaned and ignored his own players’ faults, it came across as charmless and therefore annoying. But now he appears to have loosened up – there is a new twinkle in the Frenchman’s eye, as if he is – at last – thoroughly enjoying playing the role of villain. More of the same, please, Monsieur W.