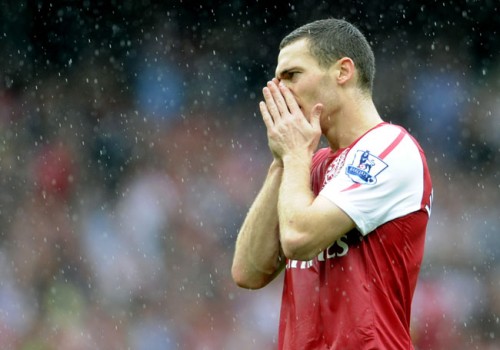 Arsenal physio Colin “Shipman” Lewin has been at it again for Arsenal, with Belgian defender Thomas Vermaelen the victim this time around.

According to reports, the centre-half has been ruled out for two months after having yet another operation on his troublesome left heel. This latest injury blow comes after Jack Wilshere’s return to action was recently put back until December.

German giant Per Mertesacker was no doubt bought to partner Vermaelen in defence but will, instead, have to make do with Laurent Koscielny as his defensive chum for the near future.