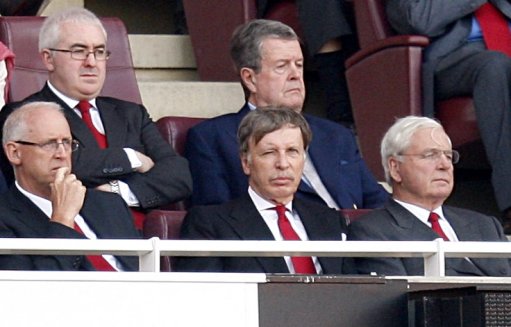 The American entrepreneur and serial owner of sports teams (including MLS side Colorado Rapids)  has rarely been seen or heard, something which has worried Gooners. However, finally, Kroenke has broken his silence.

He said: “Maybe it is one of those times when we have to work our way through, maybe with some young players. Arsene has been really good at developing these guys, people like Alex Oxlade-Chamberlain and Jack Wilshere.”

“There are some really good players that Arsene thinks can be special, ” he continues. “Sometimes you go through periods like that. Arsene’s our man. As an owner, that’s who we put our confidence in.”

On the protracted summer sales of Cesc Fabregas and Samir Nasri, the moustachioed Missourian is also fully behind his manager’s decisions.

“That was between Arsene and him. I like the kid (Fabregas) but I’m not going to change his mind. Arsene made the decision. If we wanted to be really hard about it, we could have done but Arsene believed that it was the right way to do it.”

“I also get it on Nasri, ” he explains. ” If we didn’t do something on Nasri people would be looking at us next summer and saying, ‘Why didn’t you do this?”.  We bought in a lot of resources that we can use on other players.  I honestly didn’t make the decision on Nasri.”

Arsenal fans will be hoping for a bit more talk from the Gunners’ big-wig in the future. And maybe a few extra quid for some big-name players?