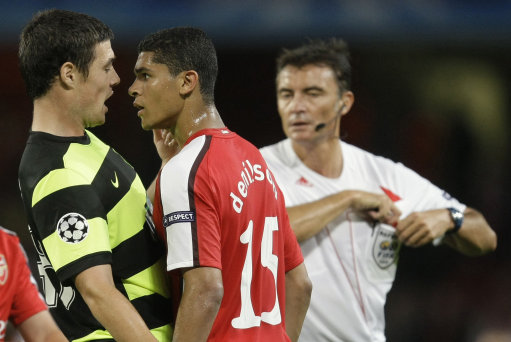 The (usually) mild-mannered Arsenal youngster seems to have turned into something of a bad boy since returning to his old club Sao Paulo this season.

As well as getting into hot water with the club’s passionate fans after calling them “very. very annoying” in a Twitter row, the 23-year old has now racked up three red cards already this season, with his third sending off coming on Wednesday evening against Cruzeiro.

Rumours abound that he may be shipped out of Sao Paulo and back to the Emirates. Not sure Arsenal fans would be too happy about that.

Here’s one of his sendings-off, against Ceara.