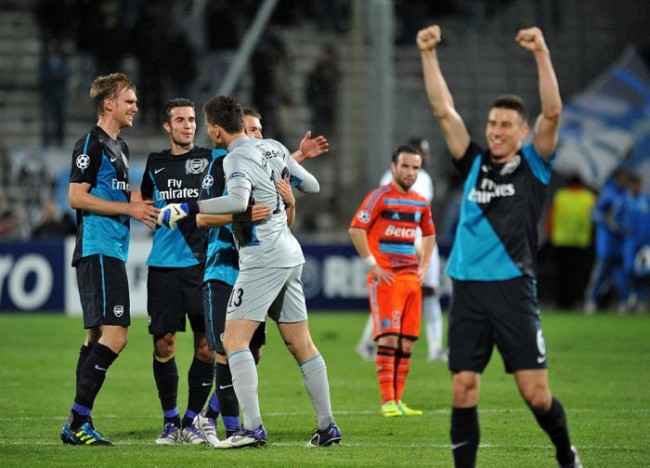 Mathieu Valbuena’s getting too old for this merde

Speaking as a partially-inebriated neutral, Arsenal’s narrow victory over Marseille at the Stade Velodrome wasn’t – in the politest terms possible – particularly easy on either the eye or the frontal lobes. In fact, it stunk like a warm day at the gibbon enclosure, but a win’s a win and that’s five in the last six for the Gunners so who am I to complain?

That said, the referee, Damir Skomina, had a marvellous little outing – he really did. The stoic Slovenian official just outright refused to pander to feigning players all night, which pleased me greatly. Have a gold star on Pies, Mr Skomina – you bloody well earned it.

As for the game itself, it generally comprised of several isolated moments of nothing interspersed throughout long, drawn-out periods of more nothing – save enough little bits and bobs hither and thither to cobble together a few minutes of highlights.

Aaron Ramsey (who came on for the utterly anonymous Andrey Arshavin for the last ten minutes) eventually won it for the Gunners, popping up on the edge of the box to rifle home in the 92nd minute – thus elevating Arsenal to the summit of Group F.