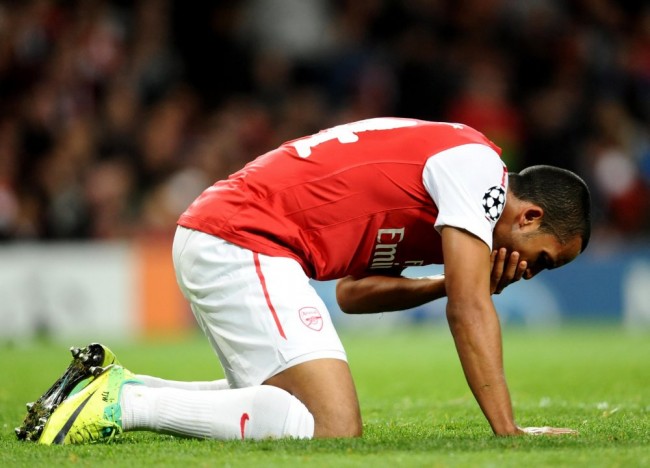 Arsenal could have secured themselves a spot in the knockout phase of the Champions League with a win last night, but a goalless stalemate (‘stale’ being the operative syllable) against Marseille at the Emirates will mean they carry a one-point lead over the French side at the summit of Group F going into their last two games.

The main talking point was Arsene Wenger’s decision to start Robin van Persie on the bench with many seeing as a sign that Arsenal are prioritising the Premier League this season – indeed I’ve seen it said that, as their sole genuine match-winner, RVP is now too precious to even considering starting in something as frivolous as a game which could secure qualification for the last 16 of Europe’s elite club tournament.

Of course, Wenger was hailed as a genius for pulling the same stunt against Stoke, when RVP came on at half-time and…well, you can fill in the rest.