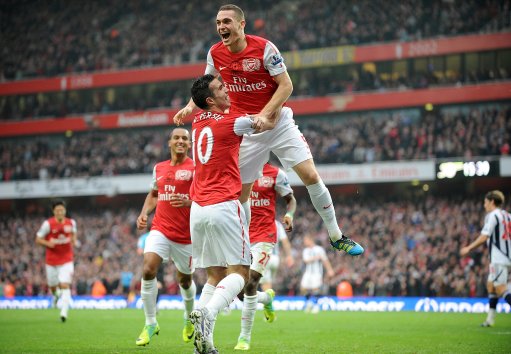 After an appalling start to the new campaign, the Gunners now find themselves just four points off fourth place, as the new signings bed in and the likes of Laurent Koscielny and Aaron Ramsey start to look like the real deal.

At the Emirates on Saturday, the home side were rarely troubled by a rather toothless West Brom side. First half strikes from goal-machine Robin van Persie and Thomas Vermaelen were followed by a Mikel Arteta effort late on in the game, were reward for a solid display from the in-form Gunners. As for the Baggies, they’ll be glad to get the game out of the way. 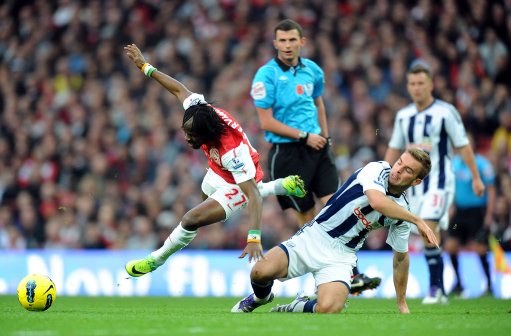 Gervinho, now with five assists to his name this season, is tackled by James Morrison 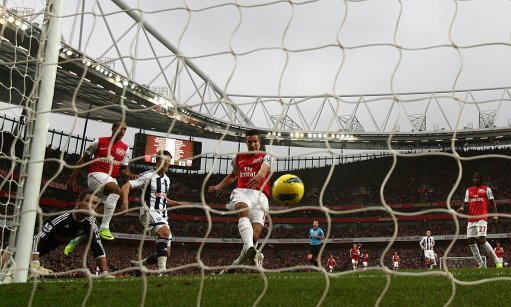 Van Persie does it again, albeit after some fine work from Theo Walcott 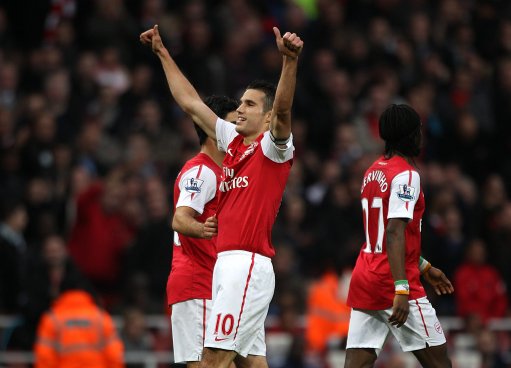 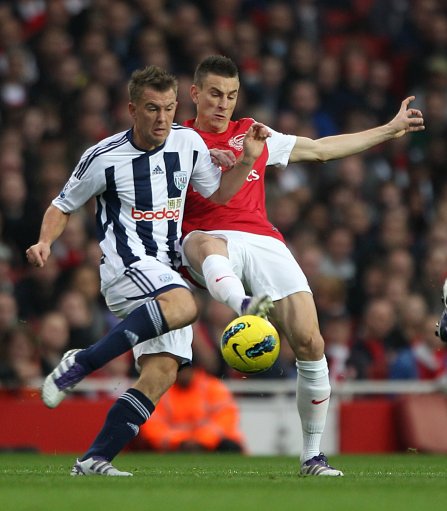 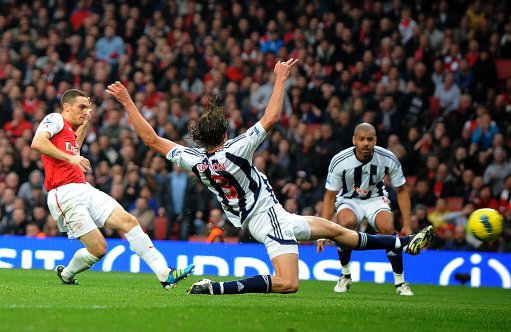 Back in the side, Thomas Vermaelen nets the second 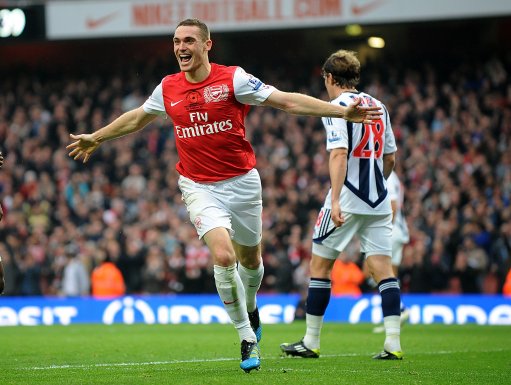 The Belgian is happy to be back 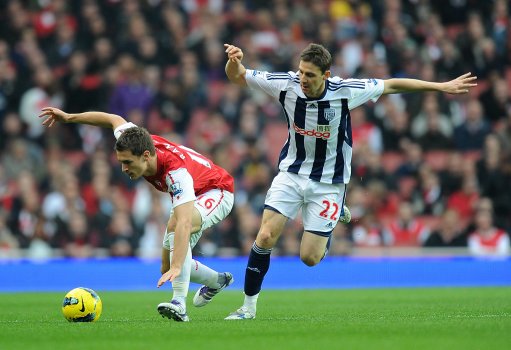 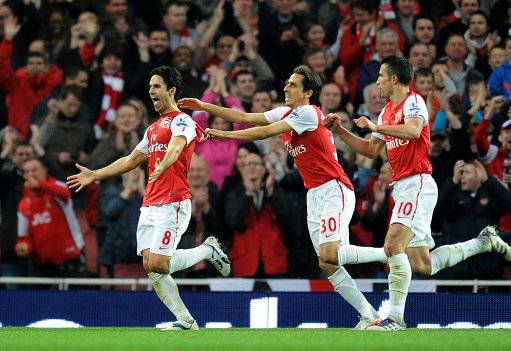