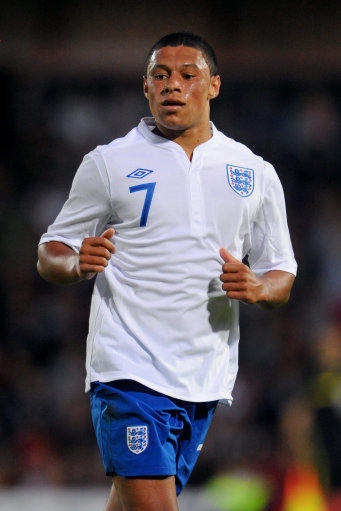 Arsenal teen-sensation Alex Oxlade-Chamberlain looks to have ‘some shot on him’, as a pundit might say, judging from this video on FATV.

The attacker was filmed whilst training with the England U21 side, and rifled the ball into the back of the net from distance with both feet (obviously not at the same time). One imagines Theo Walcott is starting to feel a bit less secure about his Arsenal starting berth.

The ‘OC’ (a superb nickname I’m sure you’ll agree) could well become the most gifted double-barrelled player of the modern era, eclipsing Shaun Wright-Phillips, Nigel Reo-Coker and , erm, Gary Taylor-Fletcher.