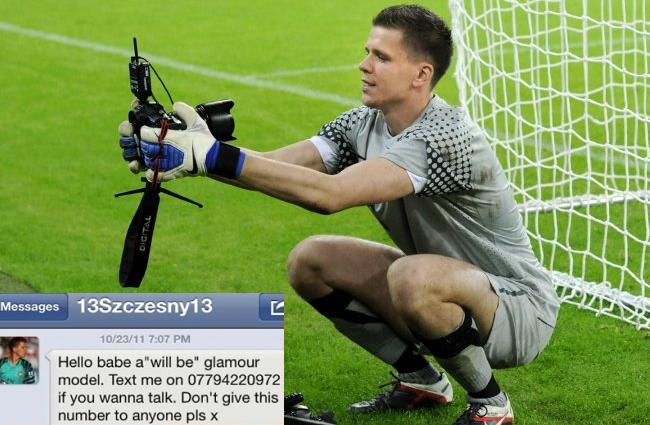 Arsenal ‘keeper Wojciech Szczesny tried to pick up a girl on Twitter recently – a girl by the name of Letesha Collins, an ‘aspiring glamour model’ who currently makes her living as a presenter for adult nudey rudey channel Elite TV and whose work clothes consist of little more than a smile on occasion.

All well and good, the only problem being that Szczesny has a girlfriend and, after learning of this fact, Letesha decided to let the keeper’s missus (and the rest of Twitter) know all about his advances – posting a screenshot of the Pole’s private message, along with the following caption:

“[Follow] @13Szczesny13 or just give him a call, clearly isn’t too fussed about giving his number out. Have a good FRIDAYYYY.”

Collins then came under a barrage from Arsenal fans, asking why she went public, to which she replied that she is ‘sick of footballers doing this kind of thing’.

Want to see a little picture of the ‘aspiring glamour model’ in question? Here you go…