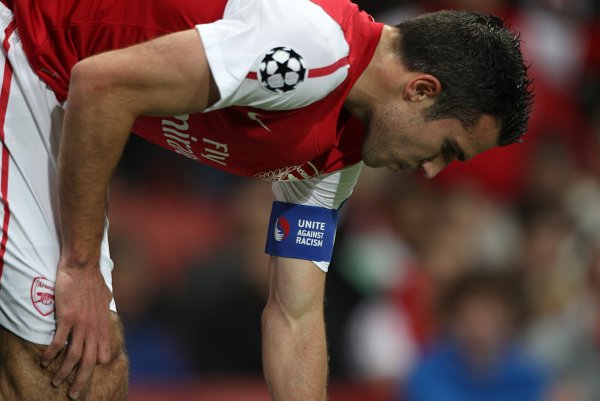 Q: Why don’t Arsenal score from corners
A: Because Van Persie takes them!

Q: What’s the most popular item in the Arsenal club shop?
A: The Van Persie tea tray, because it carries 10 mugs!

Unless you’re of a distinctly Arsenal persuasion, you’re probably sick to the back teeth of these stats by now, but here they are again one more time: 38 goals in 41 games in all competitions since January 1st 2011, 17 goals in 18 appearances since the start of the 2010/11 season (which is somewhere approaching 52% of Arsenal’s goals so far this term) and 10 goals in his last 5 matches. ‘Zeer indrukwekkend’ as the Dutch would have it.

Skip back a month or two to the start of the season and Arsenal were in disarray, supposedly suffering the cataclysmic meltdown that many predicted as a result of their high-profile summer departures combined with Arsene Wenger’s ‘I see no ships’ Admiral Nelson-style transfer policy. The day they got publicly eviscerated at Old Trafford encapsulated their plight perfectly.

A self-induced loss at Blackburn followed shortly, but a week or so on down the line the Gunner’s experienced a sea change. Whether through coincidence or not, Van Persie hit a scoring seam against Bolton (notching his 100th Premier League goal in the process) at the end of September while Wenger relented and shipped in a platoon of deadline-day replacements and, by and large, everything in the garden has been rosy thereafter. In fact, they’re almost unbeaten since that very day, save one defeat in the North London derby at the crack of October. 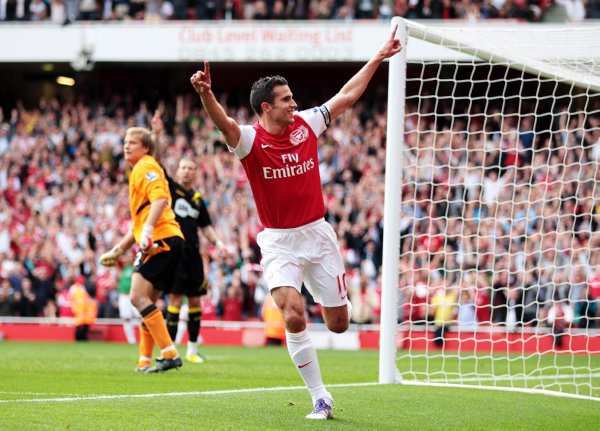 Van Persie is, of course, a class act and has been for a long time now. Indeed, he’s been a world class act for several good years without having the knees, hamstrings, ankles, etc, etc, to properly back it up. The day’s he must have spent cursing his rubbish legs while getting his lower body gently kneaded on the treatment table at London Colney and wherever it was before that.

This year has been a case of ‘so far, so good’ as far as his plasticine ligaments are concerned, and the mind-boggling stats he’s churned out during this period of rude health (especially of late) would be enough to convince most that, with Cesc and Samir gone, he’s carrying this Arsenal side on his own – though that line of thinking warrants closer inspection. 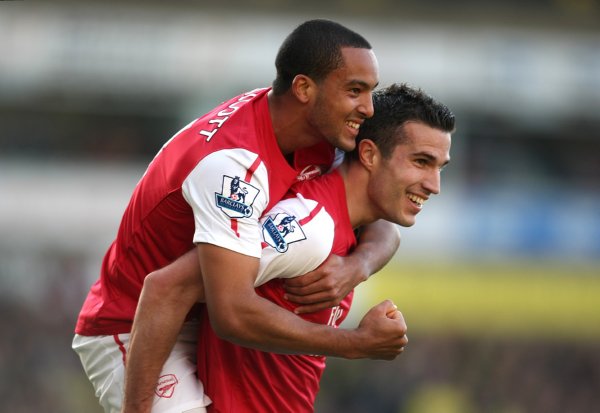 Is Van Persie carrying Arsenal? It appears that he is

He may well be scoring for fun, but it’s worth noting that RVP, as well as curling the odd beauty into the top corner as per, is certainly sticking away more tap-ins than ever before which I’m willing to partially attribute to the fact that Arsenal’s approach play has improved no end as the season has progressed. Gervinho is direct (to a fault on occasion), Walcott’s final ball is starting to flirt with ‘decent’ while Arteta and Ramsey are beginning to gel and intermittently supply a stream of feet-seeking ammunition from the middle.

Defensively speaking, Alex Song is gradually learning to curb his tendencies to lead futile one-man cavalry charges up the field in lieu of his defensive duties and has thus been nothing short of ‘colossal’ in Arsenal’s midfield over the past week or five. He’s arguably been in just as-good-a form as Van Persie of late, just far less spectacular as far as the headlines go. 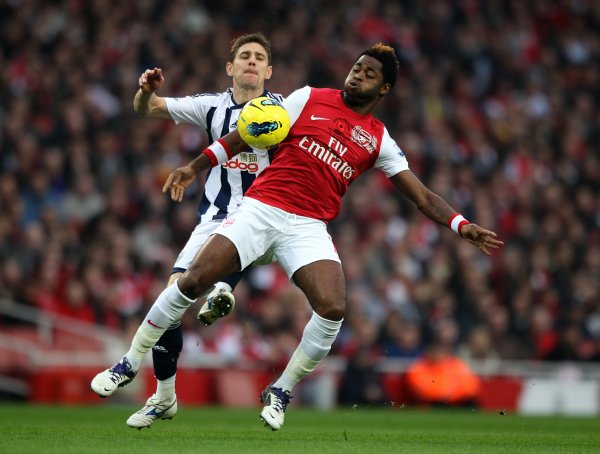 Couple that with Vermaelen’s sturdy presence steadily being phased back into the central defence, Koscielny beginning to look like a real boy after playing like a Marionette for a year and the simple pleasure of having a first-choice goalkeeper who, while worryingly unhinged at times, can catch and make the right decision from time to time.

Yes, RVP has been electric as a goalscorer and as an inspirational, compassionate captain and rightly deserves to be slathered in plaudits for his stat-busting form, but the fact that the balance and harmony is slowly returning to the Arsenal first string, after being almost totally gutted over the summer, should not go unheeded.